The current exhibition at The MAX in Meridian is a must see for families and fans of Jim Henson and his popular characters. The Jim Henson Exhibition: Imagination Unlimited, explores the life of Mississippi-native Jim Henson and the impact his creative genius has had on popular culture and the art of puppetry.

The traveling exhibition runs through May 4, 2019, and feature’s Henson’s iconic Muppets and other puppets from familiar productions like Sesame Street, The Muppet Show, Fraggle Rock, The Dark Crystal and much more. Visitors of all ages can experience Henson’s creations and see how his early work in film and television evolved into the magical worlds that have become so familiar to audiences worldwide.

The exhibition also provides behind-the-scenes materials that reveal how Henson and his crew of puppeteers, writers, and designers created an iconic family of puppets and characters that continue to entertain both children and adults.

“Jim Henson was a creator and entertainer with a unique vision, and he had a tremendous influence on our culture by giving us these magical characters and worlds that many of us grew up with,” said Mark Tullos, Executive Director of The MAX. “This is yet another amazing story of a native Mississippian who left his mark on the world, and this exhibit allows visitors to retrace Henson’s life from his early years in Leland, Mississippi, to his establishment in New York’s advertising and entertainment worlds, to the film sets of major motion pictures.”

The exhibition features a broad range of artifacts related to Henson’s unparalleled career, including more than 20 original puppets, character sketches, storyboards, scripts, photographs, film and television clips, behind-the-scenes footage, iconic costumes, and interactive experiences that allow visitors to try their hand at puppeteering on camera and designing a puppet character.

Imagination Unlimited begins with a brief look at Henson’s early life through images of Henson as a young man and reproductions of some of his early drawings and sketches, and then follows his steady rise and immense contributions to the art and industry of the moving image. Highlights include a Kermit the Frog puppet from 1978; handwritten scripts from Henson’s first television series, Sam and Friends (1955-1961); a clip from his Academy Award–nominated experimental film Time Piece (1965); Jen and Kira puppets from The Dark Crystal (1982); familiar Sesame Street puppets including Grover, Ernie, Bert, and Count von Count; plus costumes from Labyrinth (1986).

THE EARLY YEARS
Jim Henson was born on September 24, 1936, in Greenville, Mississippi and lived in Leland, Mississippi until his fifth grade year when he and his family moved to University Park, Maryland. At a young age, Henson was drawn to the arts. His maternal grandmother, a painter, quilter and needleworker, encouraged his creative passions, including his puppetry. Well before his teen years, Henson was performing puppetry for audiences, including his fellow Cub Scouts. His youth was also spent toying with different visual mediums, including television, which he adored. “His first love was in television and partially, I think, growing up in Mississippi,” said Cheryl Henson, his daughter. “The idea of a window to the world was really fascinating to him and the idea that through this little box, you can be exposed to so many different things.” A major influence of his childhood was TV puppeteer Burr Tillstrom, of the show Kukla, Fran and Ollie.

HENSON’S TV CAREER
Henson had his first experience with televised puppetry  in 1954 when he began working for WTOP-TV, a local Washington, D.C. station, while attending Northwestern High School. Henson created three puppets; Pierre, Longhorn, and Shorthorn, for a Saturday-morning children’s program, The Junior Morning Show. The show was canceled after only three weeks, but WRC-TV, a nearby NBC affiliate, recognized Henson’s talent and offered him a job that would last him the rest of the summer. Intent on a career as a commercial artist, Henson used the money he saved over the summer to enroll as a studio arts major in the University of Maryland while keeping his job at the TV station.

During his freshman year in college, Henson was asked by WRC-TV to create a five-minute live-action/puppet show, Sam and Friends, with his classmate and eventual wife, Jane Nebel. The show was taped daily and aired before The Tonight Show on weeknights from May 9, 1955, to December 15, 1961. The characters on Sam and Friends were forerunners of the Muppets, and the show included a prototype of Henson’s most famous character, Kermit the Frog.

The continued success of Sam and Friends allowed Henson to begin experimenting with techniques that changed the way in which puppetry was used on television, including using the frame defined by the camera to allow the puppet performer to work from off-camera.

Despite the financial success of Sam and Friends, Henson began to have doubts about going into a career performing with puppets. He once said, it’s not “the sort of thing a grown man works at for a living.”

Following college graduation, he left for Europe and handed Sam and Friends over to Nebel. Henson toured Europe for several months, visiting such places as Germany, Switzerland, Belgium, and England, but everywhere he went, he could not escape the allure of puppetry. Europeans revered the art of puppetry and considered it as much of an art form as painting. Henson began to reevaluate his views on the art form and he soon returned to America with a new zeal for the field and his mind set on changing the way Americans viewed puppetry. He believed that television puppets needed to have “life and sensitivity.”

In 1959, Henson and Nebel were married and they started the Muppets Company.

The following year, Henson attended the Puppeteers of America Festival in Detroit, Michigan where he met his childhood hero, Burr Tillstrom, of the Kukla, Fran and Ollie show and Don Sahlin, who built Tillstrom’s puppets. Tillstrom and Sahlin had a profound impact on Henson as they mentored him in advancing his career and developing the signature Muppet look. Jim and Jane began making characters from flexible, fabric-covered foam rubber, allowing them to express a wider array of emotions at a time when many puppets were made of carved wood.

As the Muppets Company continued to grow and demand more resources, Henson attended the National puppetry convention in Carmel, California, to recruit potential “muppeteers.” There, Henson met Jerry Juhl and Frank Oz, both of whom would become indispensable assets to the company. Juhl was a masterful scriptwriter and Oz  became Henson’s comedic “muppeteer” partner.

Around the same time, Henson began experimenting with short films, including 1965’s Academy Award-nominated Time Piece. Then, in 1969, Henson teamed up with Children’s Television Workshop to produce the now-classic children’s show on PBS, Sesame Street. While at Sesame Street, the Muppets Company created various original characters, including Big Bird, Ernie, Bert, Oscar the Grouch, Grover, Snuffulupagus and Elmo. Between his puppetry and animated shorts, Henson perfected his gift for engaging children and making learning fun on Sesame Street.

MUPPETS & MOVIES
But Henson’s even bigger claim to TV fame came in the 1970s, with the debut of The Muppet Show. Surprisingly, Henson had a challenging time getting the show financed in the United States, but eventually found the support needed with London-based TV producer Lord Lew Grade. In 1975, at Grade’s ATV Studios, Henson and his crew created Miss Piggy, Fozzie, Animal, Gonzo, Scooter and the rest of The Muppet Show ensemble. The hit series, with Kermit as the host, premiered in 1976. Soon after, superstar guest hosts came aboard, including Liza Minnelli, Elton John, Vincent Price and Steve Martin. Henson’s show reached a staggering 235 millions viewers in more than 100 countries, and earned three Emmy Awards.

The Muppet Show also led to feature films for Henson, including The Muppet Movie in 1979, and an animated TV spin-off, Jim Henson’s Muppet Babies, that garnered four consecutive Emmys for Outstanding Animated Program. But Henson didn’t limit his TV puppetry to his original Muppets. In the 1980s, he developed the TV series Fraggle Rock, The Jim Henson Hour and The Storyteller. Other major motion pictures followed, too, including 1982’s The Dark Crystal, a groundbreaking film mixing puppetry and animatronics, and 1986’s Labyrinth, which was produced by George Lucas and starred David Bowie and Jennifer Connelly.

Henson died tragically in 1990 of streptococcal pneumonia, which Henson had mistaken for a simple case of the flu. Having ignored the symptoms for a few days, Henson was suddenly stricken with the illness and taken to the hospital where doctors were unable to overcome the illness with antibiotics.

Henson’s creative contributions to television, film, and the art of puppetry are immeasurable. He has accumulated countless honors for his work in the entertainment industry including a star on the Hollywood Walk of Fame and induction into the Television Hall of Fame in 1987. 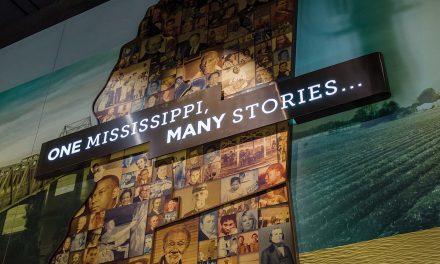