Vicksburg has been called “the most haunted small town in America.” Of course, that title is highly contested as places like Salem, Massachusetts, up north and New Orleans just down the river fight to reign supreme. But anyone who has ever stepped foot in Vicksburg can tell you that this small town is special.

Vicksburg today is a typical small town with sprawling views of the Mississippi River. The quaint downtown, with its buildings from another time and picture-perfect storefronts, is ideal for walking. There, you’ll find some unique spots, like the Biedenharn Coca-Cola Museum and Yesterday’s Children, the doll and toy museum just across the street. Not many people realize that Coca-Cola, while based in Atlanta, Georgia, was first bottled in Vicksburg. The Biedenharn, of course, offers history on all things Coca-Cola, but it’s also the perfect spot for a mid-exploration treat. Stop by for ice cream or an old-fashioned fountain Coke—or combine the two in a Coke float, for a taste that’s right out of the past.

The Vicksburg of yesteryear wasn’t always as quaint. It’s a town that has a heavy past, one that’s still very much alive, depending on whom you ask.

Morgan Gates is a retired history teacher and author of A Walk on the Dark Side. His love of Vicksburg and its history led him to become a tour guide. He gives almost daily tours, both walking and driving, of the city he loves, telling the stories of the people who made this city. Gates is a lifelong resident of Vicksburg, born on Halloween, and given, as he calls it, “a predisposition to the spooky.” He has been giving tours of the spookier places in Vicksburg, which has led to some notoriety, including guest spots on TV shows like Ghost Adventurers and Haunted Towns.

Gates gives four tours including a haunted venue tour, a ghost walk, and two historic Vicksburg city tours. The venue tour is a driving tour that covers five haunted areas of town and provides background on the history and haunts of Vicksburg. The ghost walk covers eleven blocks and provides ghost stories at a leisurely pace, while the two historic Vicksburg city tours offer options to explore historic areas of the city or Cedar Hill/Soldiers Rest Cemetary by vehicle with some light walking. All tours may be booked online through his website, www.hauntedvicksburg.com.

Gates isn’t a ghost hunter—something he makes clear. Instead, he considers himself a “collector of interesting stories,” and Vicksburg is brimming with tales. Gates’s tours take visitors past many of the historic homes, and he has a story to match each one. There’s the McNutt House, the home of Mississippi’s twelfth governor, Alexander G. McNutt. Legend there tells of confederate soldiers buried in the backyard and the ghostly specter of the “little girl in the blue dress.” Walking by the Duff Green Mansion or past the older buildings of Washington Street, you may hear stories about the outlaws on the Natchez Trace. When you pass the Cedar Hill Cemetery, you may hear about the tragic past of the town. Vicksburg was a turning point in the Civil War and the place of a 47-day siege, resulting in a massive food shortage. A yellow fever epidemic of plague-level proportion in 1878 decimated the population. Before the white settlers even arrived, the Native Americans of the area had to fight an outbreak of small pox. But in each of these stories is also a legacy of triumph, of people fighting immense odds and winning, and that is what inspires a man like Morgan Gates to continue working to make sure the history of Vicksburg is told. As Gates tells visitors, “The history is the reason the ghost stories are here.”

Among the tourist draws to Vicksburg are the historic homes, like Anchuca and the Baer House, both of which are open for tours, but one home in particular stands out. The McRaven Home, which has been called “Mississippi’s most haunted home,” boasts three distinctive time periods, and each one has been remarkably preserved, allowing visitors the experience of walking back through time. The front of the home is the latest addition, built in 1849 in the popular Greek Revival style. But step through the parlor and dining room, and you will find yourself in 1836 when the second addition to the home was built. Built in 1797, the original portion of the home was a simple two story dwelling belonging to notorious criminal Andrew Glass, who was known for robbing and murdering unsuspecting travelers on the Natchez Trace. According to local legend, Glass returned home one night after being shot and had his wife “finish him off” so he wouldn’t be hung. With such a long and rich history, McRaven boasts it is home to more than twelve ghosts, all of which are named, that are said to be active at any given time, day or night. There’s a little boy who makes childish mischief by turning lights on and off. There’s Mary Elizabeth, a mother who lost her life just two weeks after giving birth in the house, and who’s said to sit on her bed, which is still upstairs for visitors to see. Sometimes, she’ll open and close her dresser cabinet. Some visitors (myself included) have even smelled the lingering scent of cinnamon and clove in the pioneer kitchen. Evidence of a ghost? Who knows, but one thing is for sure: the home has ample fodder for the history lover’s imagination. The home holds museum-quality antiques, some original to the house, along with stories from the home’s past, such as when the house served as a Confederate campsite and field hospital during the Civil War. Manager Brittany Evans loves telling the ghost stories, which she says are all “authentic” and grounded in the documented history of the home. Her enthusiasm is infectious, which fits McRaven, because the home maintains a cheerful presence, despite its tragic past.

Ghost lovers or history hunters will find more than enough to keep them engaged while in the McRaven house, and the tour guides are knowledgeable and able to tailor tours based upon the guests’ interests, which means the tour is family friendly. Tour times and tickets are available on the home’s website, www.mcraventourhome.com. For those seeking a more up-close and personal encounter with the ghosts, the home offers Paranormal Investigations and Ghosts Hunt at night. These special events are usually offered monthly, though those usually increase in frequency during the month of October.

If you’d rather hunt down a good meal than the ghosts of the town, Vicksburg will not disappoint. For breakfast, try The Mad Baker, where you can get omelets and grits or a massive jumbo cinnamon roll. This downtown restaurant is also great for a sweet bite. They bake cookies, cupcakes, and individual cheesecakes or bread puddings. It’s a perfect ending after lunch (or have a cupcake for breakfast—no one’s judging!). For lunch, you can’t go wrong with The Tomato Place, just a short drive from downtown. The restaurant is tucked behind an old-fashioned roadside fruit stand. You can buy fresh produce—or enjoy one of the best Fried Green Tomato BLT sandwiches around. It’s made with farm-fresh fried green tomatoes, velvety, juicy, crimson-fleshed ones, that pair perfectly with the thick strips of bacon and mayonnaise. Finish it off with a glass-bottled Coke. For dinner, head back downtown to 10 South Rooftop Bar & Grill and enjoy a signature cocktail and a steak on the rooftop.

Vicksburg has a little something for everyone. Explore the town and you’ll find a rich history and a delicious food scene—and maybe even a ghost or two. 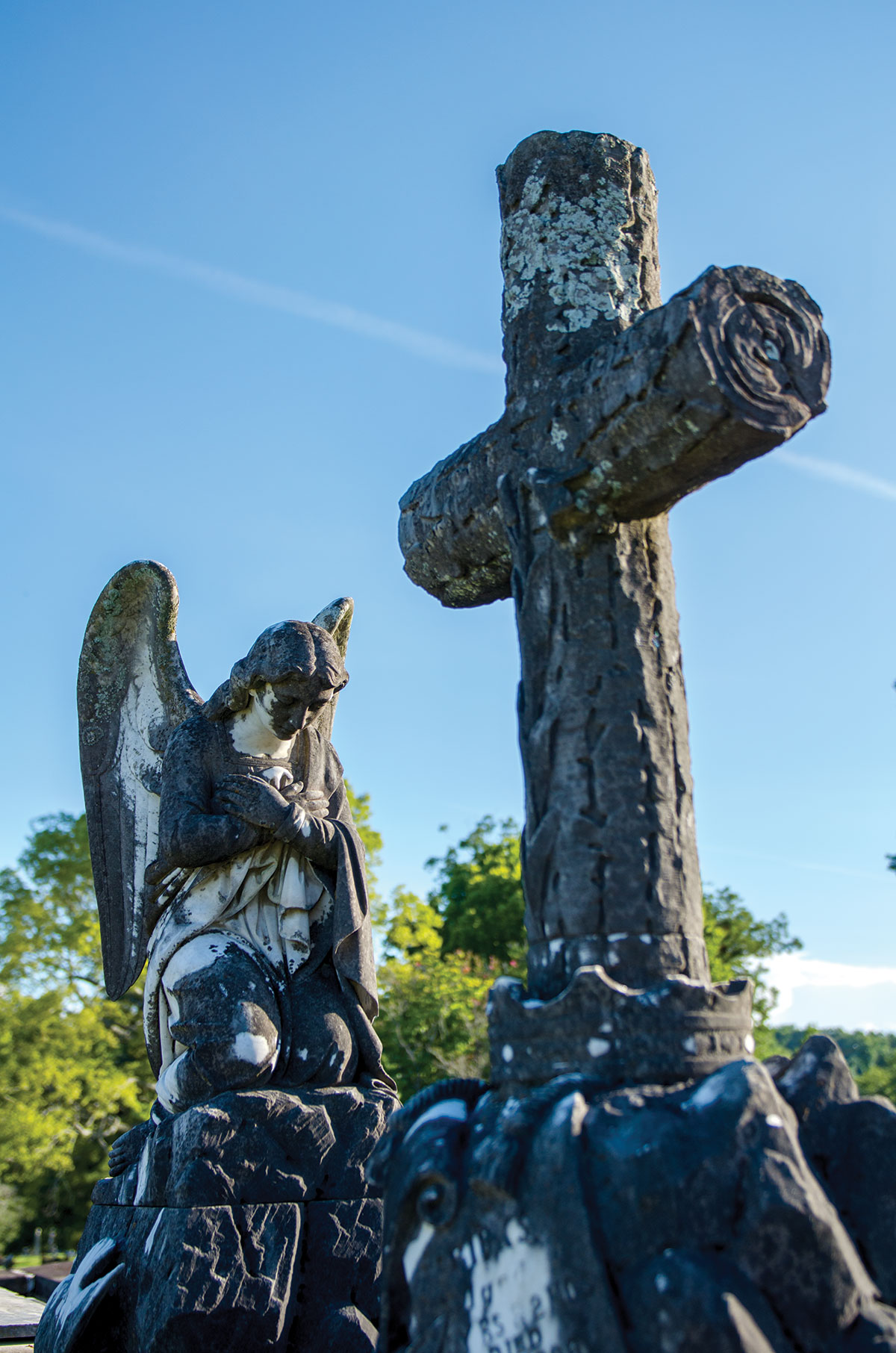 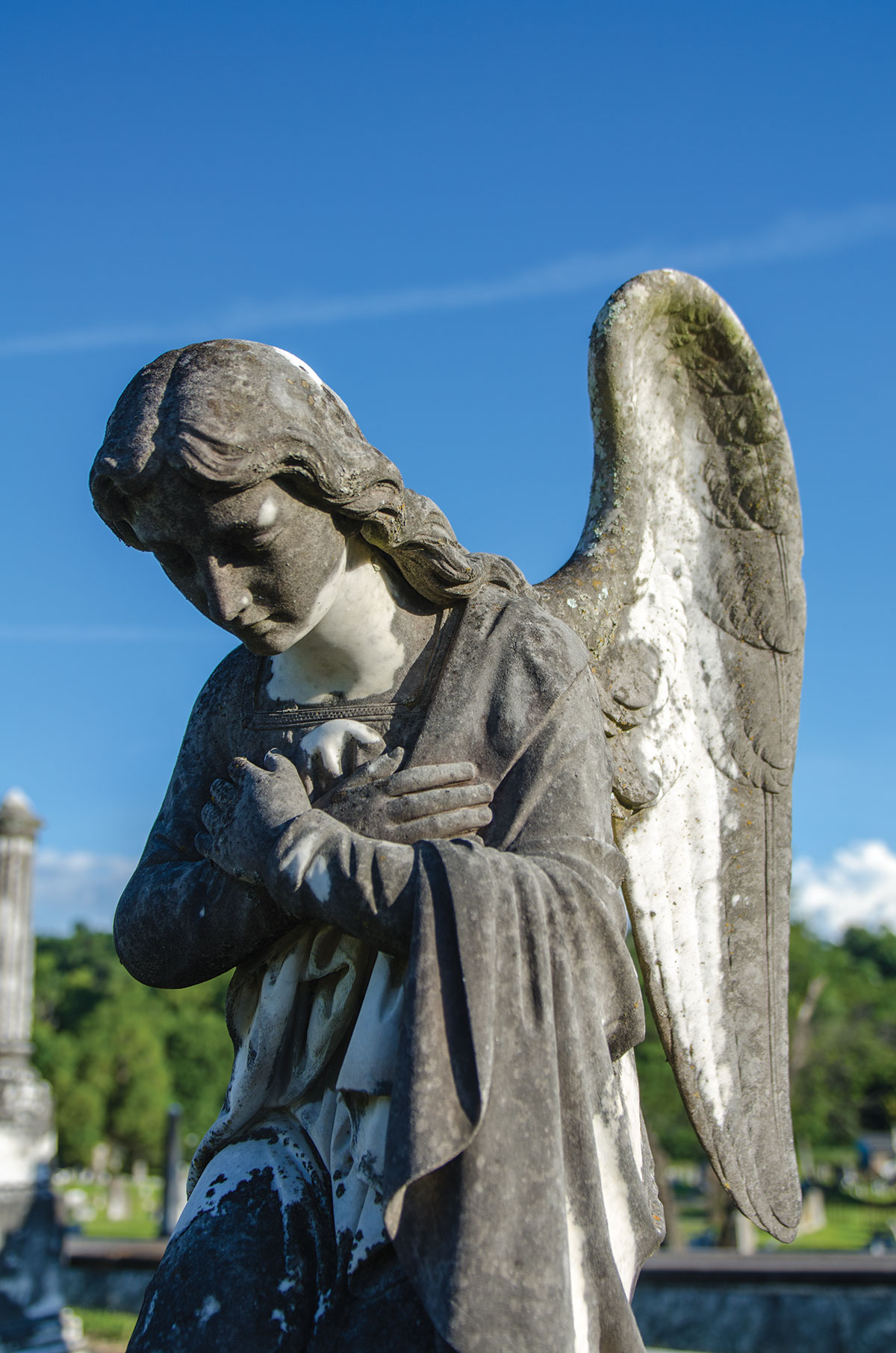 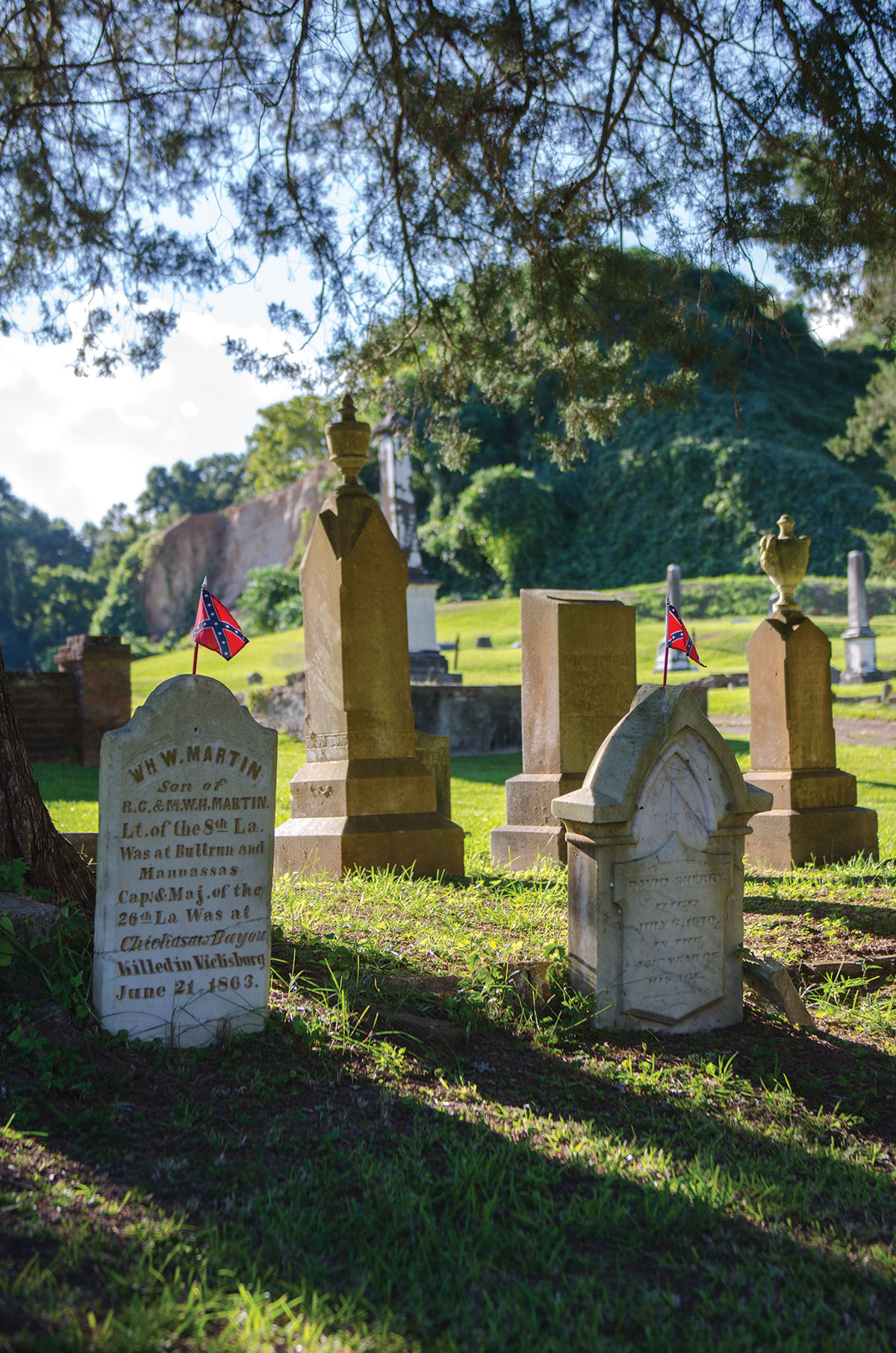 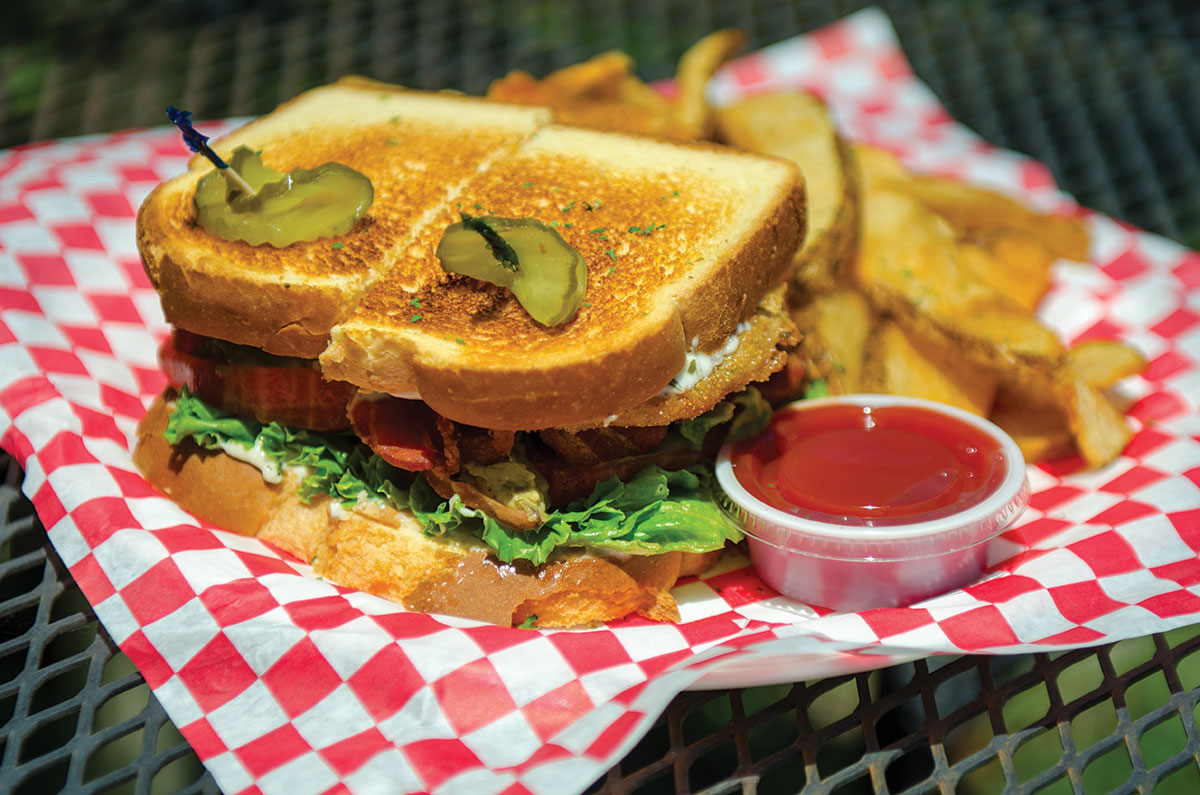 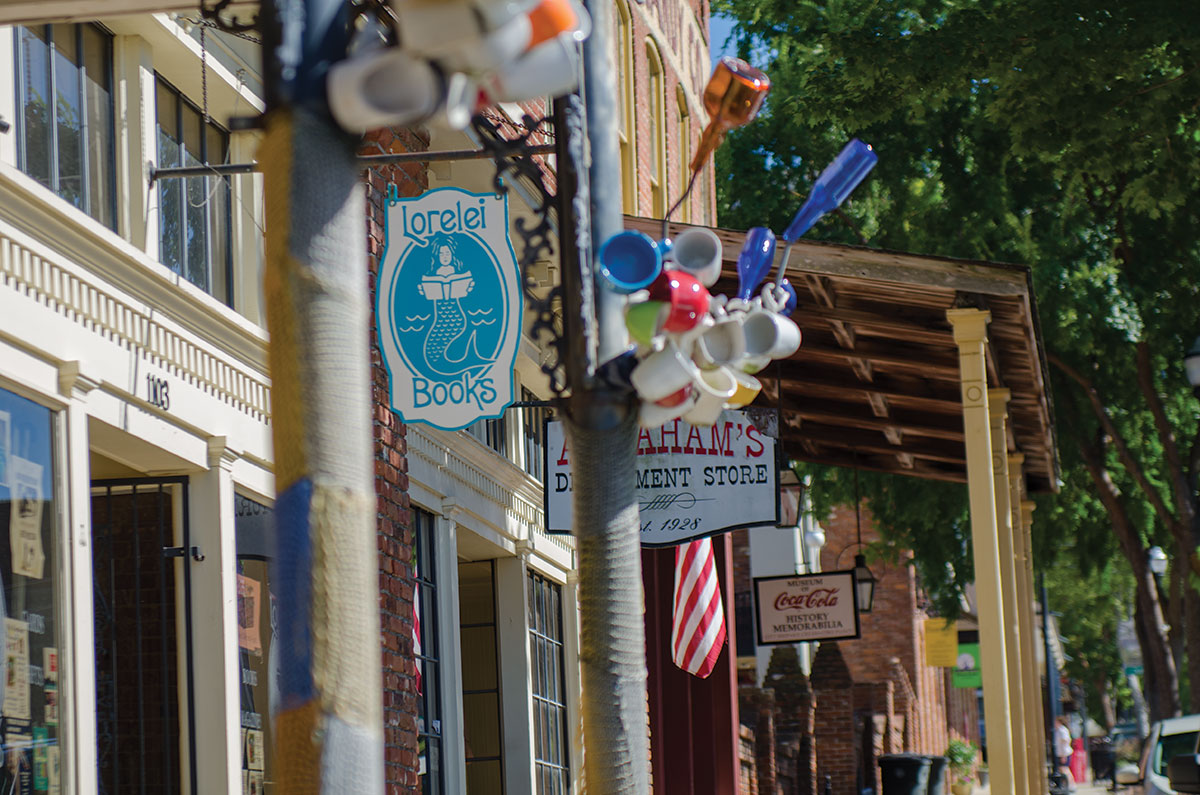 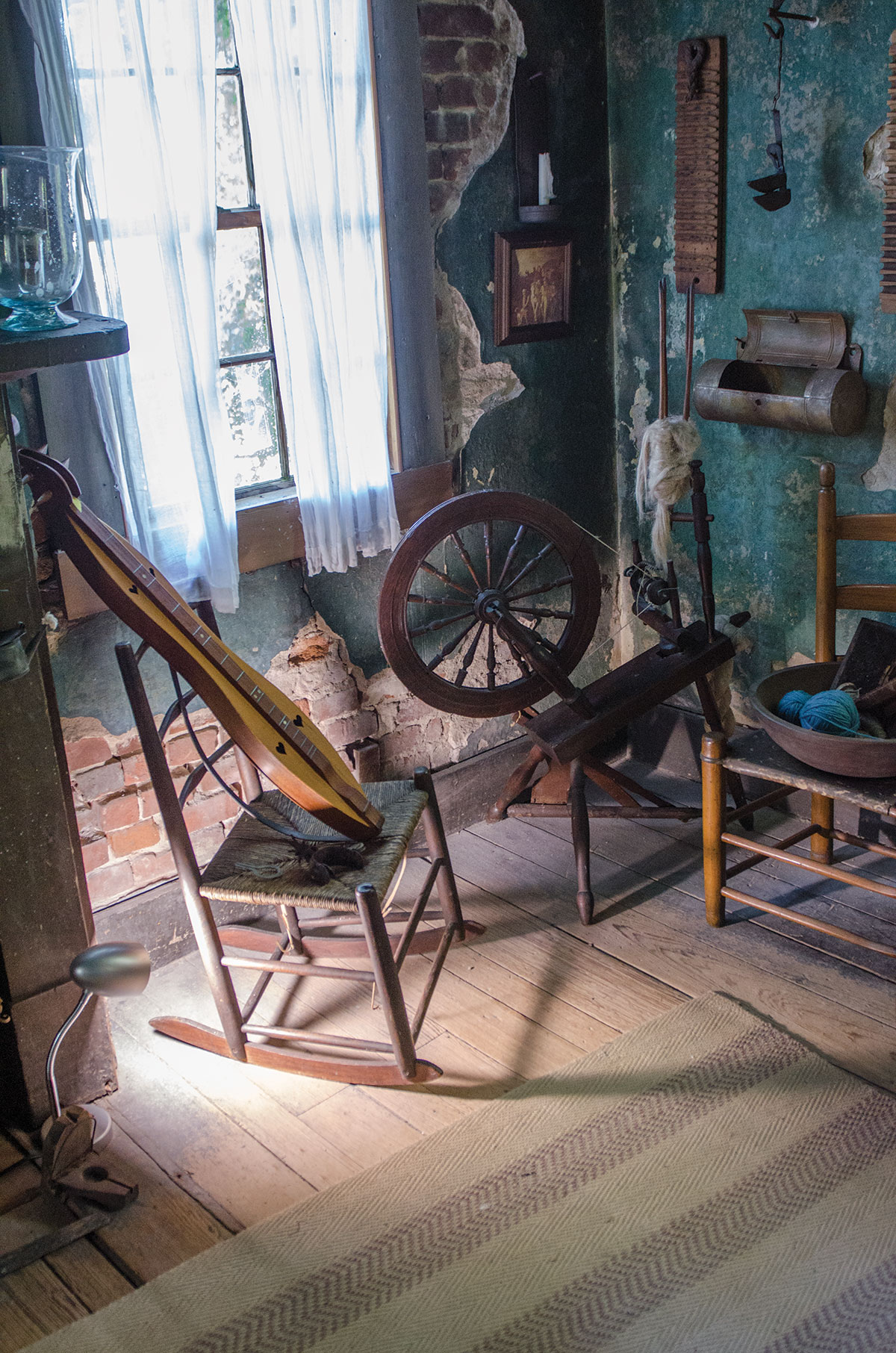 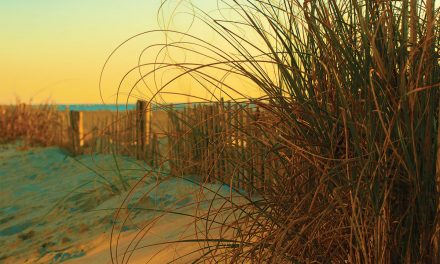 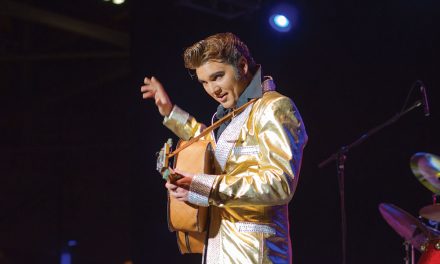 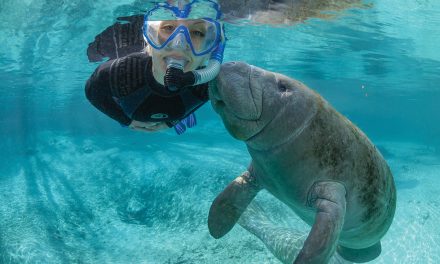