A Reunion Of Culinary Influences 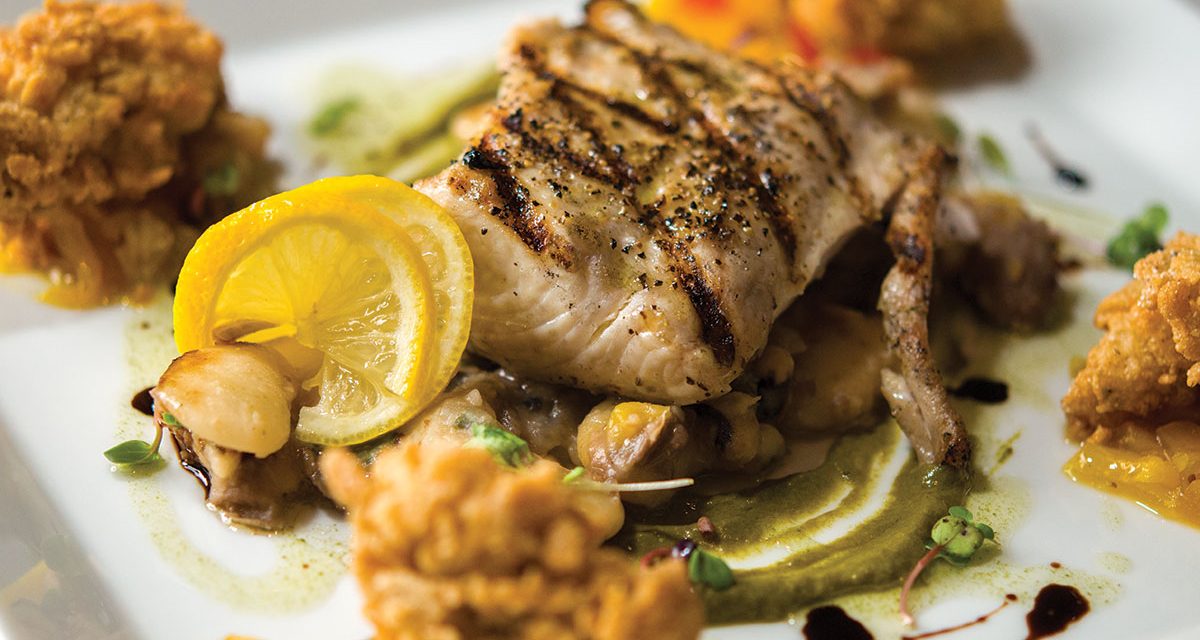 It is with great sadness that we announce the untimely passing of Chef René Bajeux on Sept. 10,2018. This article was finalized prior to this shocking news, and we at Verve continue to keep Chef Bajeux’s family, friends, and coworkers in our thoughts and prayers. We hope this article serves as a celebration of his life and contributions to the culinary world.

René Bajeux’s journey from Alsace-Lorraine, across the Rhine River from Germany in the northeast corner of France, to the tranquil country setting of southwestern Madison County, has taken sixty years. It’s been a journey filled with exotic locales and hard work, honing his passion for preparing exceptional food.

As René settled into the second week as executive chef at Reunion Golf and Country Club on scenic Highway 463 in Madison, he reflected on how he got to a place that he says reminds him of Maui. “It’s green and lush here, and really beautiful,” as his hand makes a sweeping motion across the view of the golf course from the second story of the new $16 million Reunion clubhouse. “I feel so good about the direction we are going here. The owners are great. The management is great. And while there’s going to be pressure – there’s always pressure where money is concerned – this place provides a peaceful, quiet backdrop to that.”

René began life in a peaceful, quiet setting in a family that loved to cook. They made great meals with limited ingredients, using what was available locally. Young René observed his mother and grandmother in the kitchen, and it was there that he first began learning to cook. As his interest in cooking grew, René’s father took him to see a friend who owned a couple of restaurants. He signed 13-year-old René up for a three-year apprenticeship. Until that time, René had never stepped foot in a restaurant, much less eaten in one!

One of the restaurants was a one-star Michelin restaurant. “That was my first time to see foods like zucchini, eggplant and steak,” says René. He started off peeling potatoes and doing other mundane jobs as he worked his way up from the bottom. For three years, he worked in the restaurant without a day off. He lived upstairs, so his life was pretty regimented. The total immersion into the restaurant world didn’t deter René, who got his cooking diploma at age 16, one of only 18 to finish the program.

René spent a brief time in the military, which he says was nothing compared to his training in the restaurant. “Starting the day with a croissant and coffee was a luxury for me! And I could fold anything to military standards perfectly. I made some money just doing that for others.”

After leaving the military, René went to work at a two-star Michelin restaurant in Luxembourg. He saved his money and moved to Montreal, a city in North America where the main language spoken is French. He worked for three years in Montreal before seeing an ad that a restaurant in Chicago was seeking a new chef. René applied and got the job at La Boheme. By then, René was an established chef, hitting his stride in the kitchen. He spent eleven years there and loved it. But opportunity came knocking, and René opened the Four Seasons in Maui. It was there that his son was born.

While with the Four Seasons, René worked in properties located in Beverly Hills, Bali and Tokyo. “I really loved working in Beverly Hills. I lived in Sherman Oaks, and riding to work each day in my Mercedes convertible was pretty nice.”

René learned about and put his own twist on Southern and New Orleans cuisines when he landed in New Orleans as Executive Chef of The Grill Room at the venerable Windsor Court Hotel. After seven years in New Orleans, he took the leap to start his own restaurant, René Bistrot, in 2001. A second location followed, and all was well until the restaurants were destroyed by the aftermath of Hurricane Katrina. René spent a few years doing consulting work in St. Martin and San Antonio before settling back in New Orleans in 2015 when he joined the Dickie Brennan group. There he, along with other top chefs, served as chefs-in-residence for the company in dedicated training and development positions for kitchen staff across Brennan’s four restaurants: the Palace Café, Dickie Brennan’s Steakhouse, Bourbon House and Tableau.

MAITRES CUISINIERS DE FRANCE – MASTER CHEF OF FRANCE
René Bajeux is one of only 55 Master Chefs of France working in the United States. Members are carefully chosen and, beyond some basic criteria, the selection process is a bit mysterious. “I was named a Master Chef in 2006 by a group of chefs that had been following my career,” says René. “I didn’t know for years that they were checking on me. They went in different restaurants where I worked, they called my friends, and they even called and interviewed my mother. As a cook, you have to know 400 recipes by heart. As a chef, you have to know everything. The judges pick three or four recipes and have you prepare them in a certain amount of time. I was 50 years old at the time, and it was very nerve-racking.” Only those chefs who are French-born may be considered for the honor. The Matires Cuisiniers de France was founded in 1949 to preserve and spread the French culinary arts, encourage training in cuisine, and assist professional development.

The same year, René was knighted by the French government. He was named Chavalier du Mérite Agricole. The order was established in July 1883, based on an effort to reward services to agriculture. It’s an honor that takes René back to his childhood living on a farm in France. He now carries that connection to his work at Reunion, where he is working with local farmers such as Van Killen at Two Dog Farms and Leigh Bailey with Salad Days to provide the freshest locally-grown produce in the food he serves.

Reunion is René’s eighteenth start-up. “This one was a lot of work, and I’m very proud of what we’ve done.” At Reunion, René says he’ll be cooking with “no boundaries.” While he likes to cook in season, he will carefully source ingredients to ensure freshness and integrity. “Mississippians are well-traveled. They have a sophisticated palate. I’m going to do some Asian cooking, as well as serving fresh Gulf fish that is brought up from New Orleans.”

Even the hamburgers will be made in-house. “No frozen patties here,” he laughs. “We’ll make hand-formed burgers. I’m going for 100% homemade everything, including the bread, chips, fries, dressings, everything! For me, it’s important to provide that to our guests.”

Dinner at Reunion is currently served Thursday through Saturday with brunch on Sundays. “Our brunch last week went very well. We had carving stations, a made-to-order omelet station, gumbo and more. We also featured a kids’ buffet with tomato soup, grilled cheese sandwiches, peanut butter and jelly sandwiches, macaroni and cheese and cookies. I saw plenty of adults going to the kids buffet!”

René has big plans for Reunion, including cooking classes that bring in local farmers, hunters’ dinners, and seasonal dinners. He’ll be making sausage to use on the pizzas made in the brick pizza oven. “Our pizzas are made with all fresh ingredients.”

René says he likes simple flavors. “I don’t use a lot of sauces. Instead, I like infusions, vinaigrettes, and reductions. I use a lot of olive oil, fresh herbs, lemon and lime juice. I don’t like when food is elevated to an extreme. It’s just food! When you use good quality food, and you know what you’re doing, the food will speak for itself.” 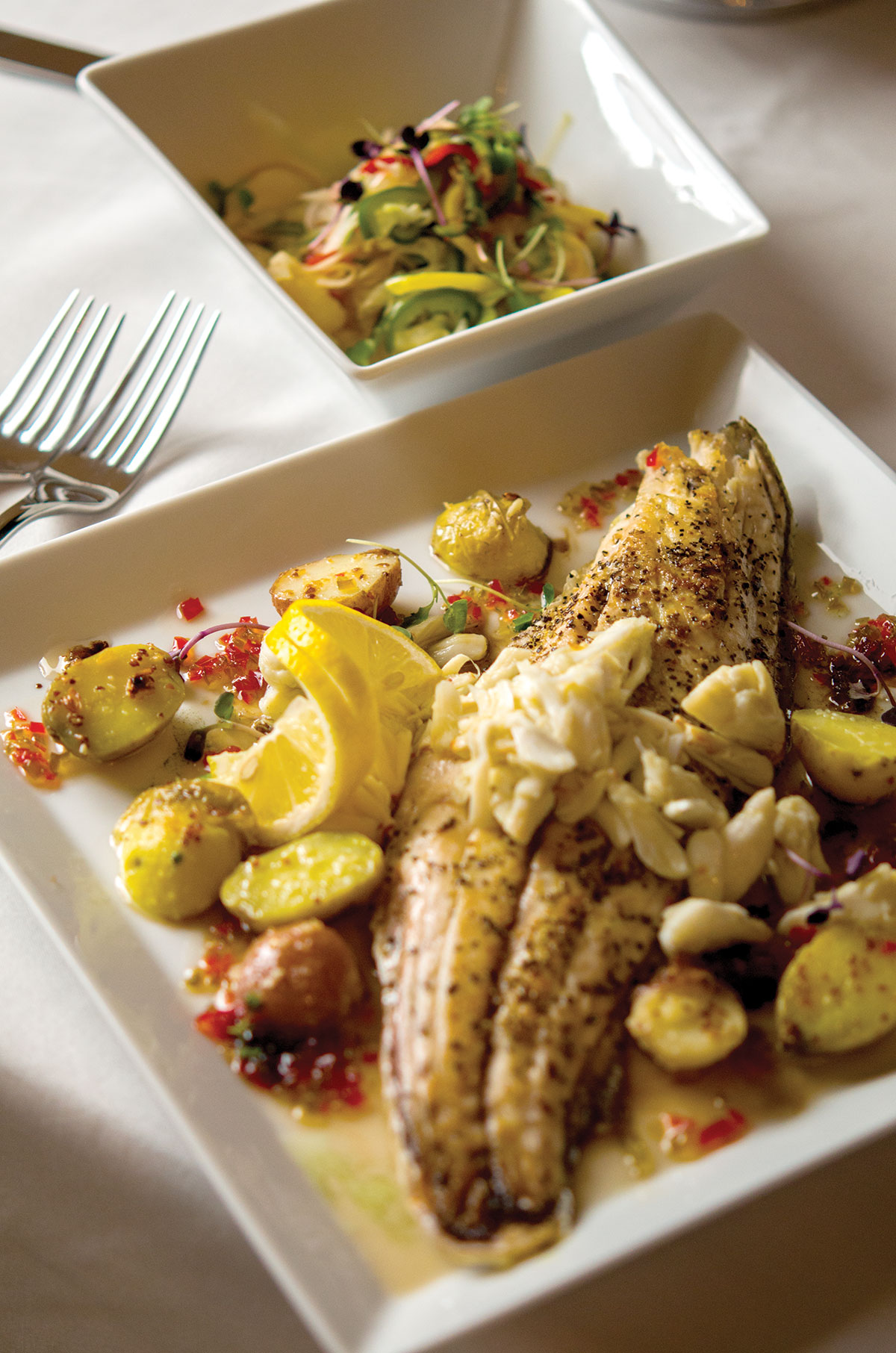 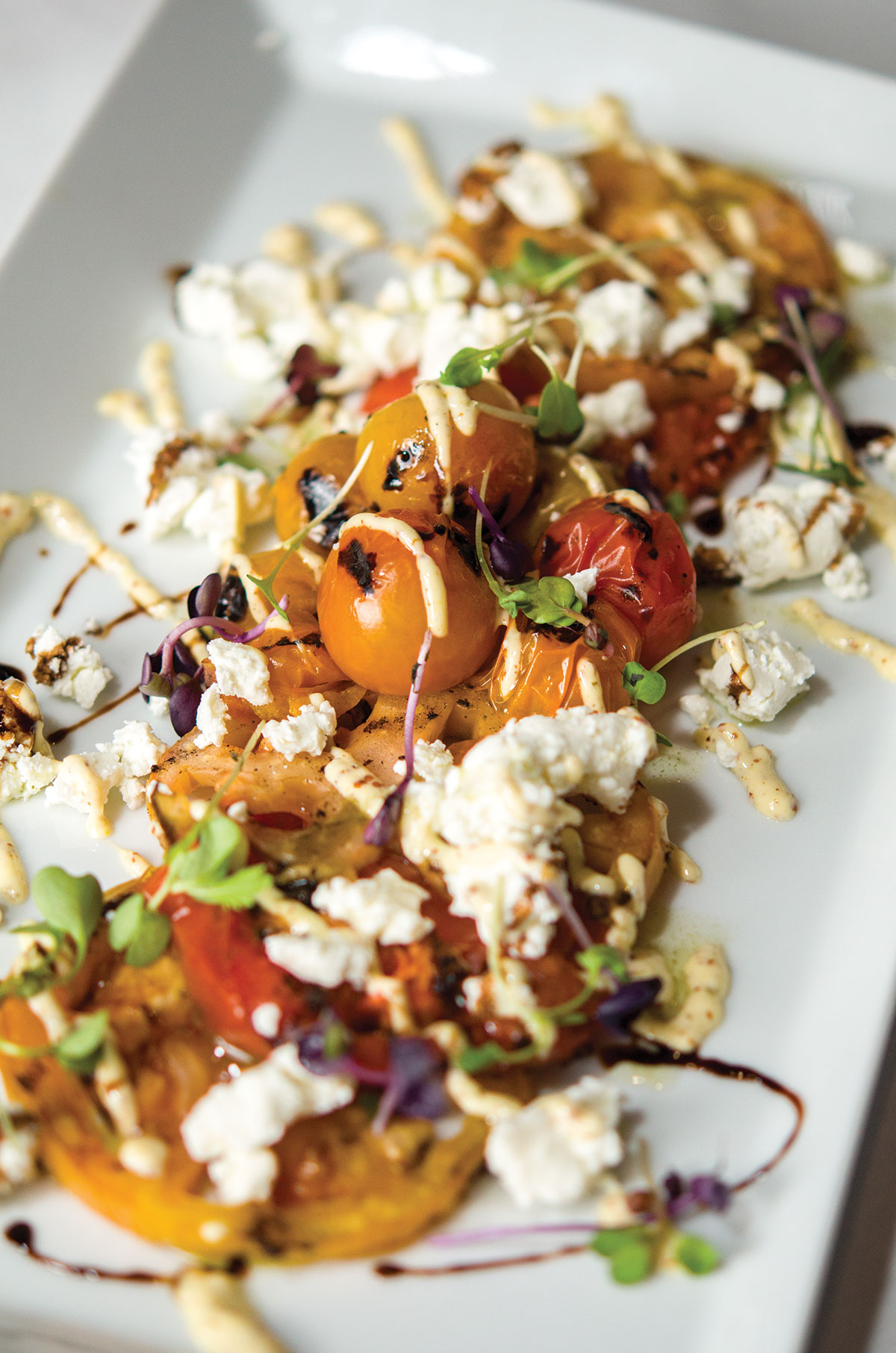 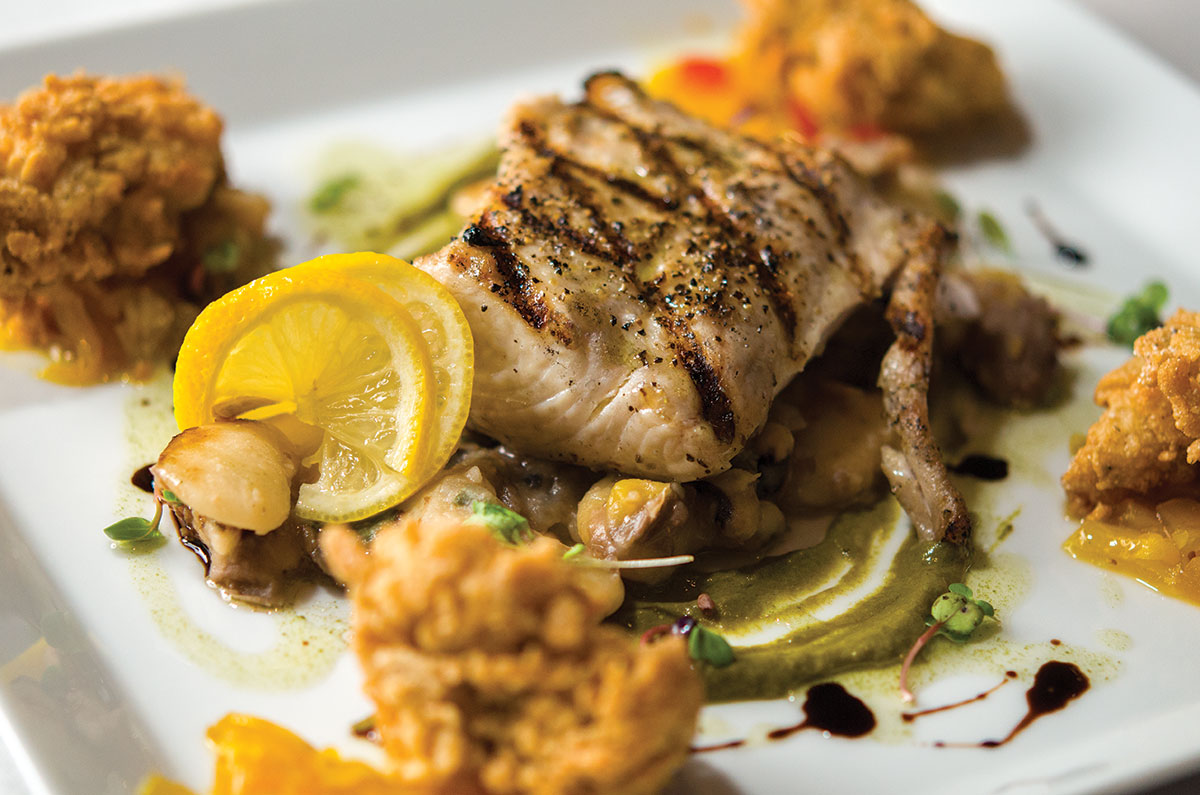 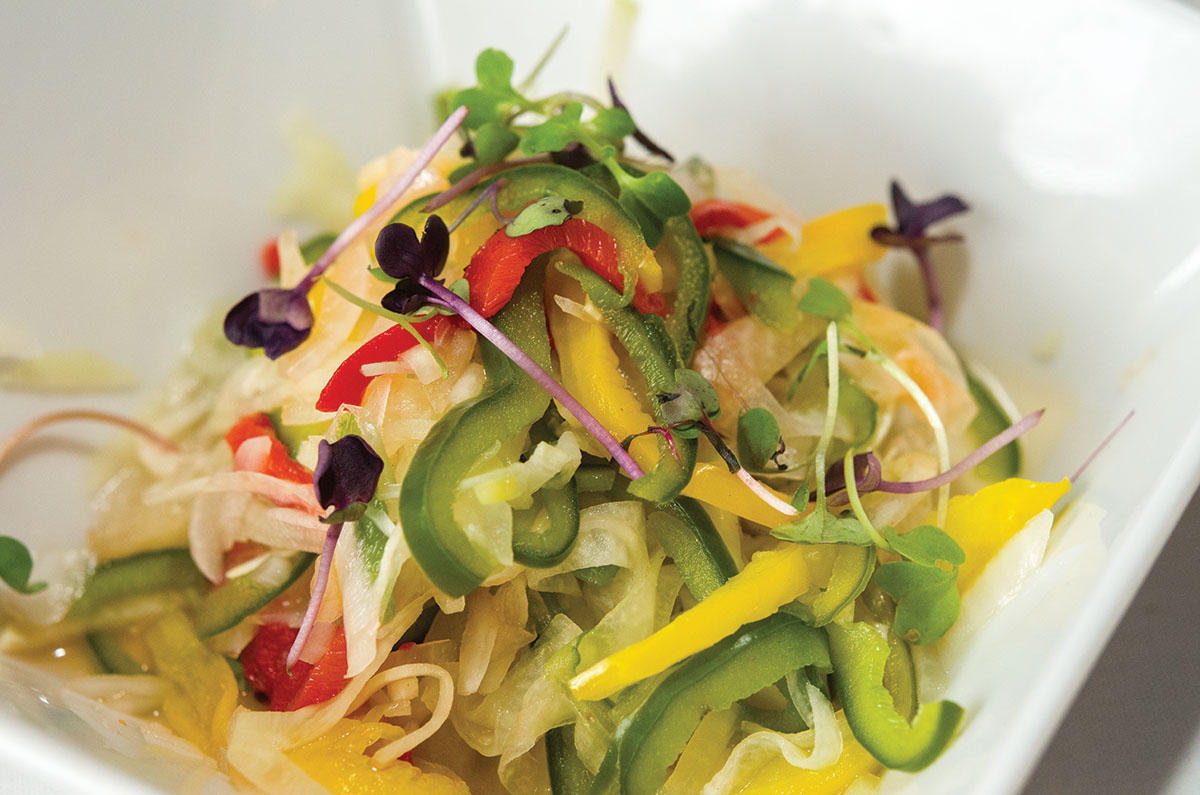 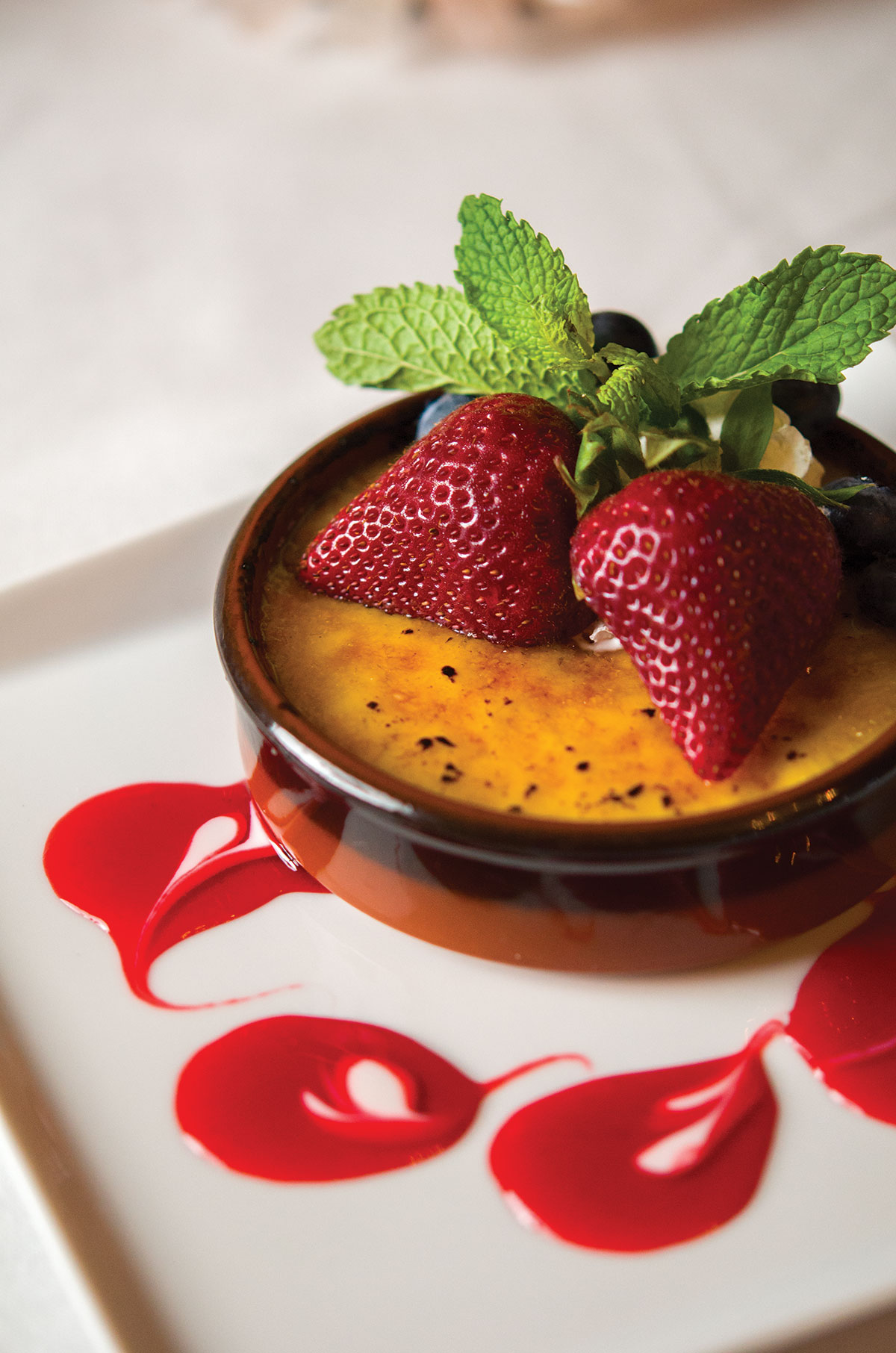 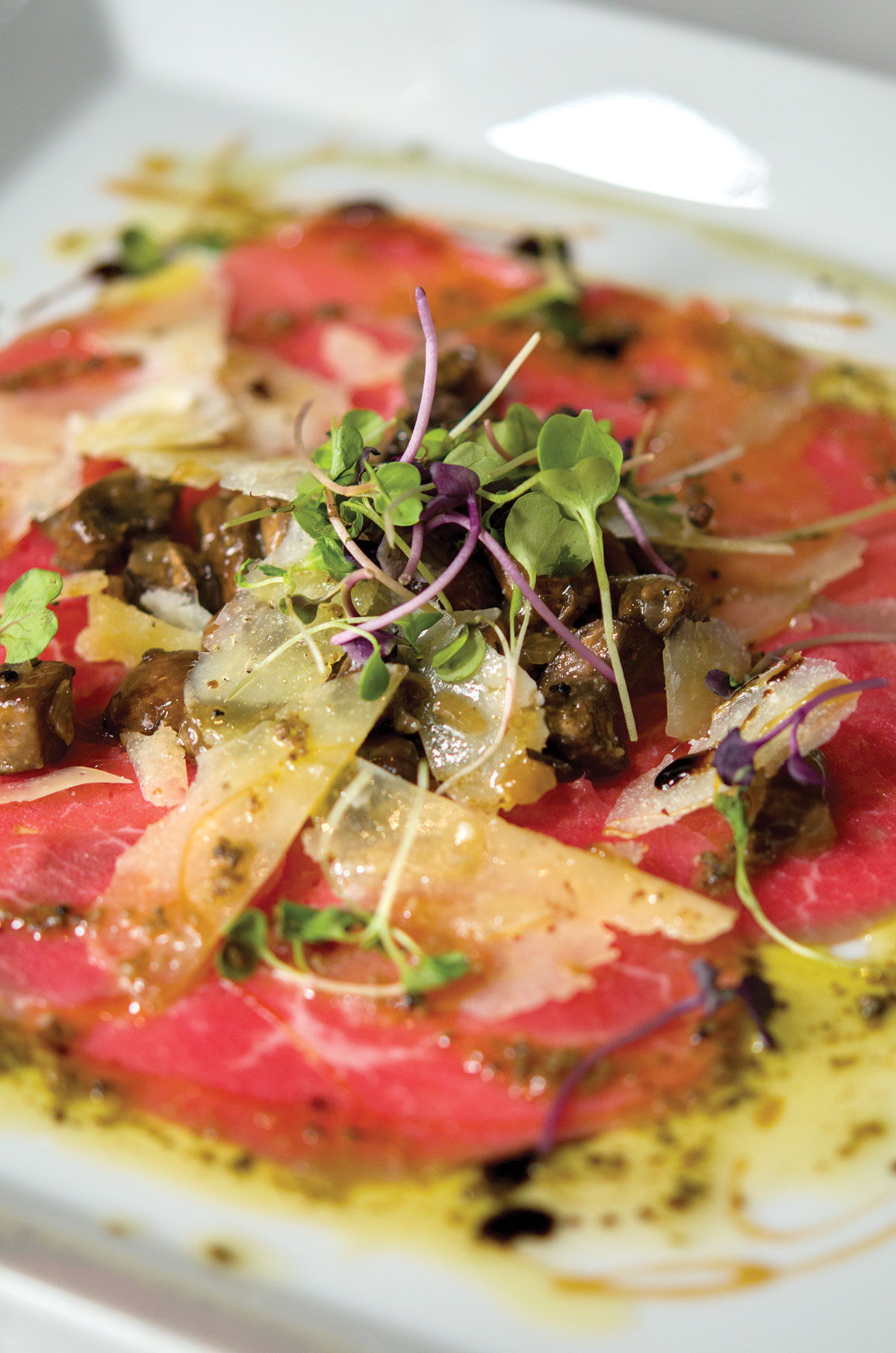 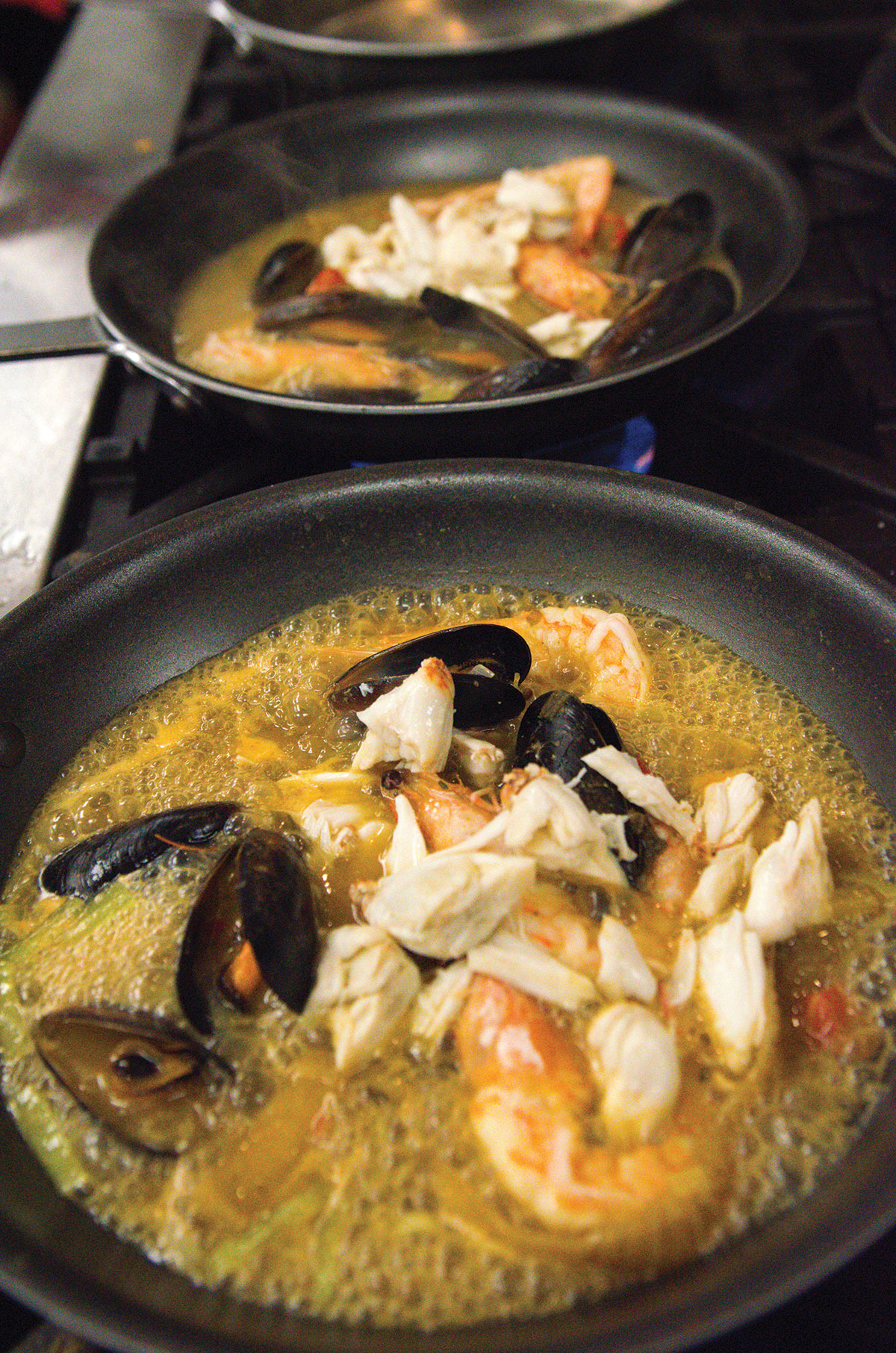 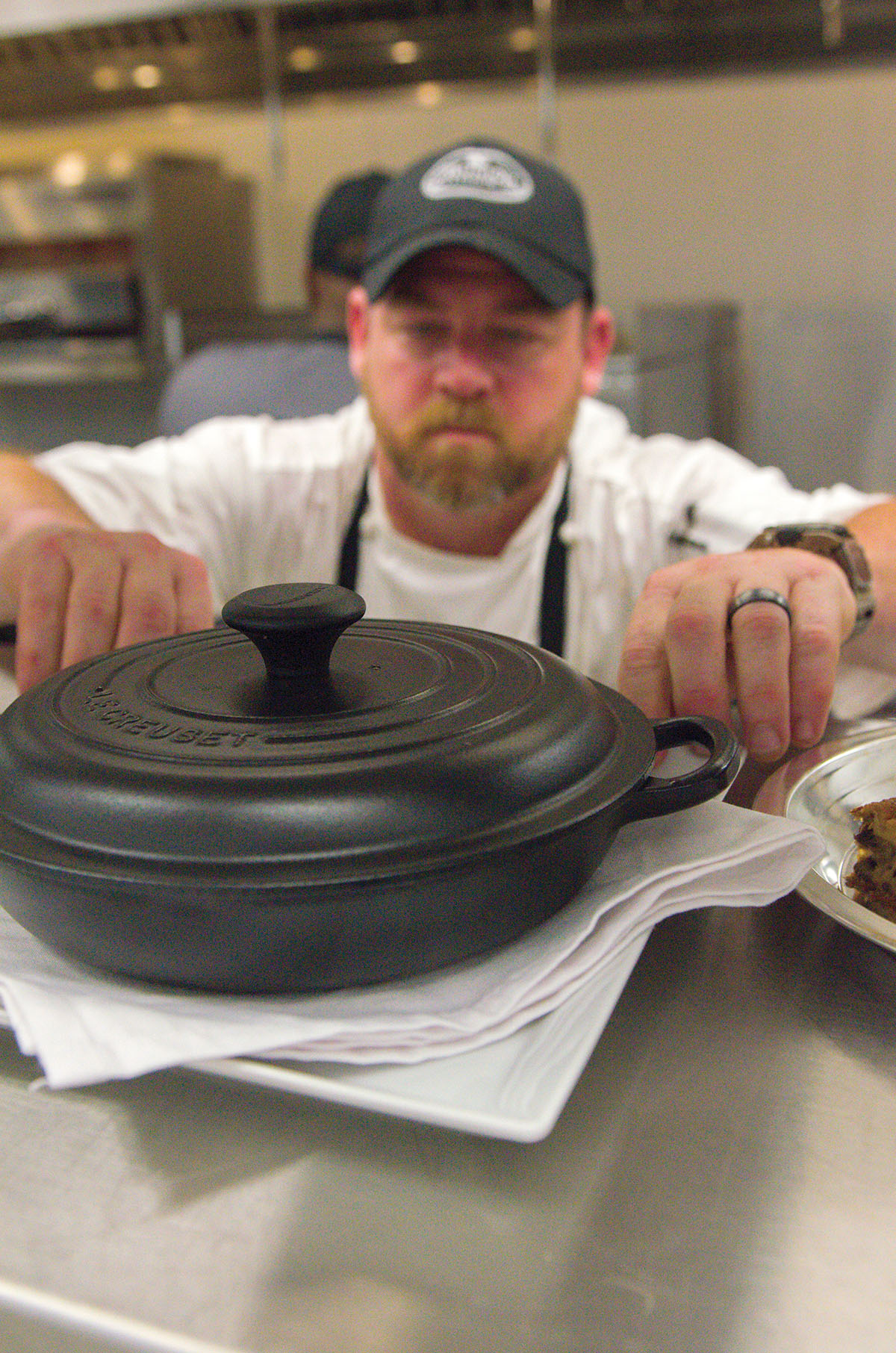 The Butcher, the Baker, the Barbeque Maker 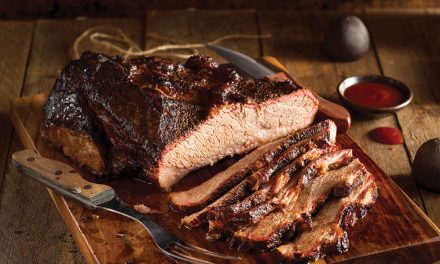 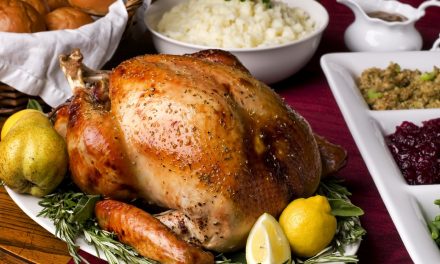