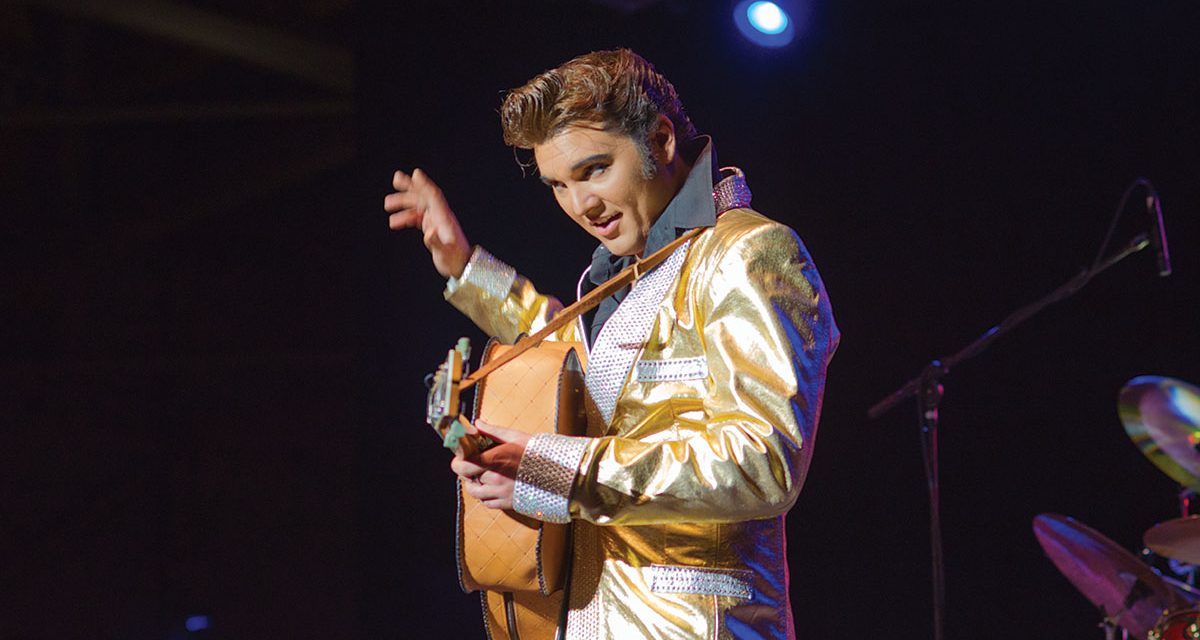 All the cool cats know that the place to go for all things Elvis is the Tupelo Elvis Festival. Held annually in early June for the past two decades, the event draws Elvis fans from across the nation and around the world.

“It’s by far the best festival we go to all year,” said Debbie Falgout. One of a trio of women from Houma, Louisiana who travel to Elvis-themed festivals and cruises, Falgout says she’d move to Tupelo in a heartbeat if she could. “As a matter of fact, we’ve joked about building a home in Tupelo with three master bedrooms and a big Elvis room where we can live out our retirements after our husbands have gone! Tupelo is the sweetest, cleanest town ever, and the Tupelo Elvis Festival is wonderful!”

The other two women in the group are Veronica Dupre and Beth Trahan. “We call them the BVD’s,” says Sarah Stewart, program assistant for the Tupelo Convention and Visitors Bureau, for Beth, Veronica and Debbie.” Falgout says while it may sound like men’s underwear, the trio likes to say that BVD stands for “beautiful voluptuous dolls.”

Their obsession with Elvis began at an early age. “Debbie and I always loved Elvis, and for my 50th birthday, Debbie wanted to do something big. We went to Nashville to an Ultimate Elvis Tribute Artist competition, then came back through Memphis to tour Graceland and to stay in the Heartbreak Hotel.” While on the trip, they learned about an Elvis-themed cruise and decided they needed to go. “We asked Beth to join us and that was the beginning of our BVD trio!”

Those ladies are amazing. It wouldn’t feel right without them being here. They are the first in line each year to get their tickets for the ETA competition, showing up at our office door a full 24 hours before tickets go on sale. We started selling tickets online, but they say it’s a tradition for them now. They get front row seats so they can get the scarves and kisses!

The ladies show up in style everywhere they go. They wear matching outfits covered in “bling.” Veronica explains that it started with one shirt. “I sell Avon, and the company had come out with an Elvis shirt for a promotion. Debbie and Beth make jewelry and they said they thought the shirts would look even better with crystals.” The shirts were a hit, and more followed. There are now 30 to 35 shirts in their BVD wardrobe, all covered in sparkly crystals. “Those ladies are amazing,” says Stewart. “They match down to the rings on their fingers to the shoes on their feet.” Veronica laughs, saying that someone pointed out once that their glasses didn’t match, so they ordered matching prescription glasses to wear when they’re together.

The BVDs have been going to the Tupelo Elvis Festival for at least ten years. “It wouldn’t feel right without them being here,” says Stewart. “They are the first in line each year to get their tickets for the ETA competition, showing up at our office door a full 24 hours before tickets go on sale. We started selling tickets online, but they say it’s a tradition for them now. They get front row seats so they can get the scarves and kisses!”

This year’s winner was Nick Perkins, a 19-year-old from Tickfaw, Louisiana. Second place was Ted Torres from Orlando, Florida, and third place was Mark Anthony from Australia. “We had contestants from England, and our master of ceremonies was the 2015 winner, Diogo Light, from Brazil. “Contestants are judged on appearance, stage presence and moves and vocals, which counts twice,” explains Stewart. Falgout says that the guys in the competition are like their kids. “We’ve gotten to know them all, and we see them in other competitions around the country. I tell them that I was never blessed with a son, but if I had one, I’d want him to be just like any one of them! They truly are carrying on the legacy of Elvis’s music.”

I tell them that I was never blessed with a son, but if I had one, I’d want him to be just like any one of them! They truly are carrying on the legacy of Elvis’s music.

The festival also has a living history feature which has become quite popular. Each hour on the hour, actors re-enact that pivotal event in Elvis’s life – the day he got his first guitar. The story goes that Elvis and his mother, Gladys, were going to the Tupelo Hardware store in 1946 to buy 11-year-old Elvis a bike. Once inside, he had his eye on a rifle, and to sway him away from the gun, Gladys directed his attention towards a guitar. She bought the guitar from Forrest L. Bobo for $7.75 plus 2% sales tax. “The re-enactment allows visitors to witness what that piece of history was like,” Stewarts says.  The hardware store is still open and run by the same family, and they still sell guitars. “We also have re-enactments by actors portraying Elvis’s pastor, his teachers, and different adults who played important roles in Elvis’s life.” Live music is performed by local musicians on street corners representing genres that influenced Elvis’s musical style: country, Blues, white Pentecostal Gospel and black inspirational Gospel.

The festival includes several of the kind of ancillary events that are found at most festivals, but with a unique Elvis twist. For example, there’s a “Queen for a King” beauty pageant, Running with the King 5K, and a parade. But it’s not any old parade — this year the festival featured a re-enactment of the 1956 homecoming parade when Elvis returned to Tupelo to put on a concert. “It was supposed to be in the historic Lyric theatre,” says Stewart, “but too many people wanted to go and the venue was simply too small. Instead, he performed two shows at the Mississippi-Alabama Fair and Dairy Show.” That day, September 26, 1956, was proclaimed Elvis Presley Day in Tupelo. The parade re-enactment included a marching band in vintage uniforms, classic cars and a re-enactment of the concert at Fairpark, the original site of the old Mississippi-Alabama Fair and Dairy Show. Cody Ray Slaughter, winner of the 2011 Graceland Ultimate Elvis Tribute Artist competition played Elvis, wearing the same outfit Elvis wore at that 1956 concert.

The BVDs are already planning for next year’s pilgrimage to Tupelo. “We will go to the Tupelo Elvis Festival as along as we are able,” says Dupre. “Tupelo is the most heart-warming, accepting and loving community. They’ll do anything for you. And the festival is as easy to manage as it is wonderful to attend. We stay at the hotel right by the event, and there are great restaurants all around. Plus, everywhere you look, you see Elvis!” 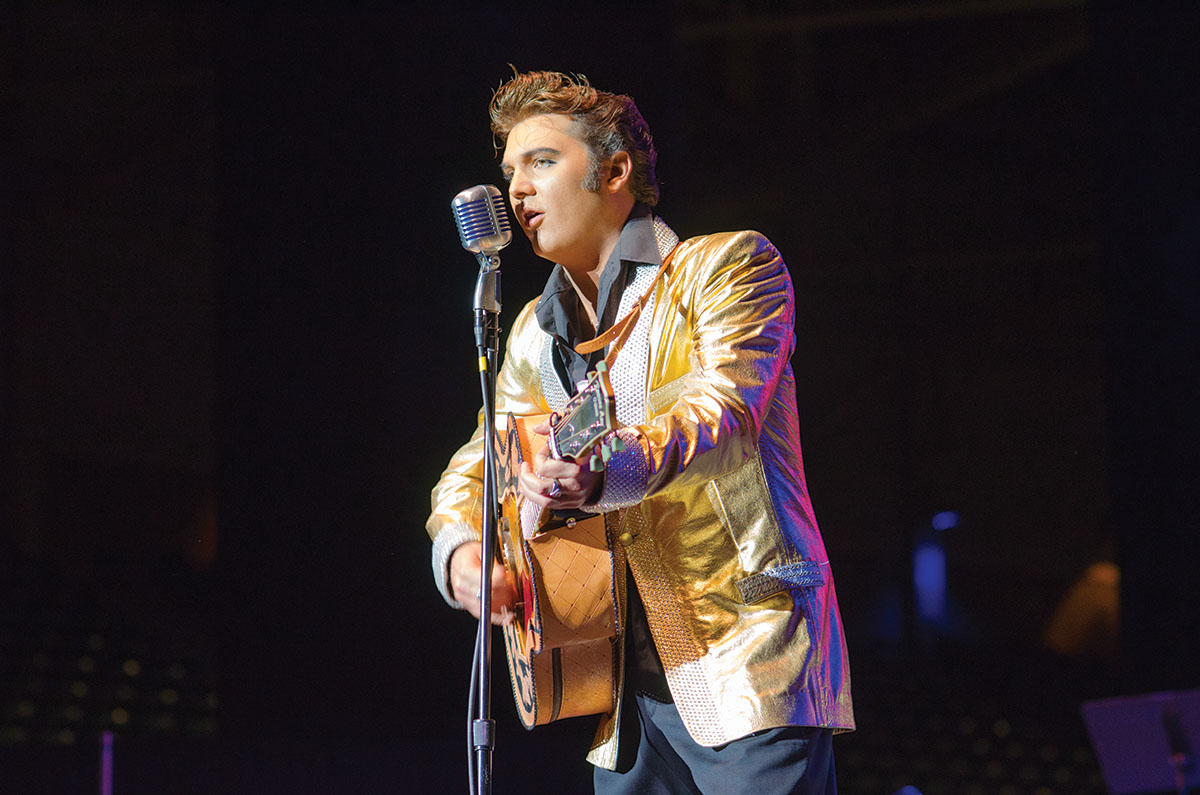 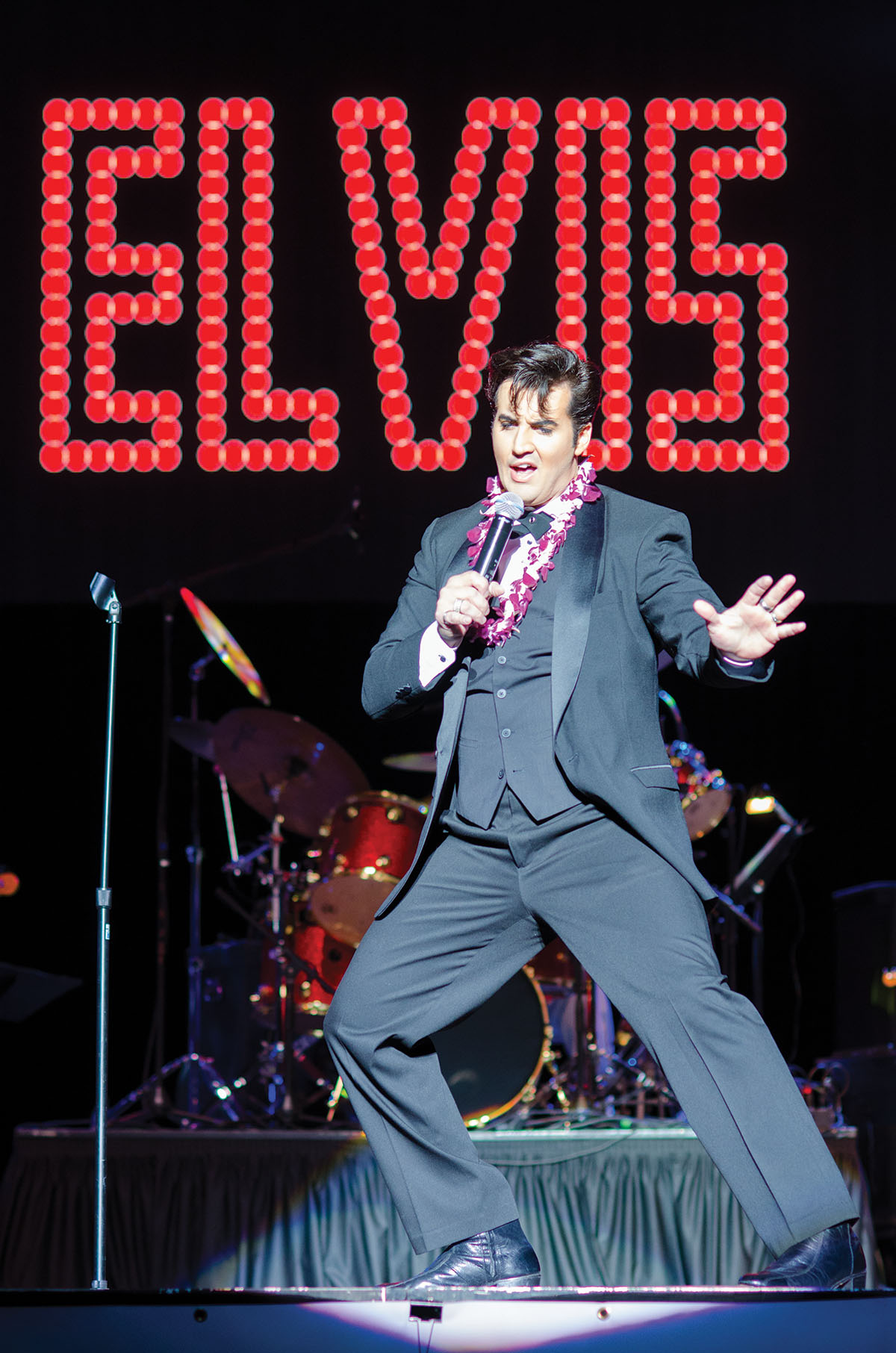 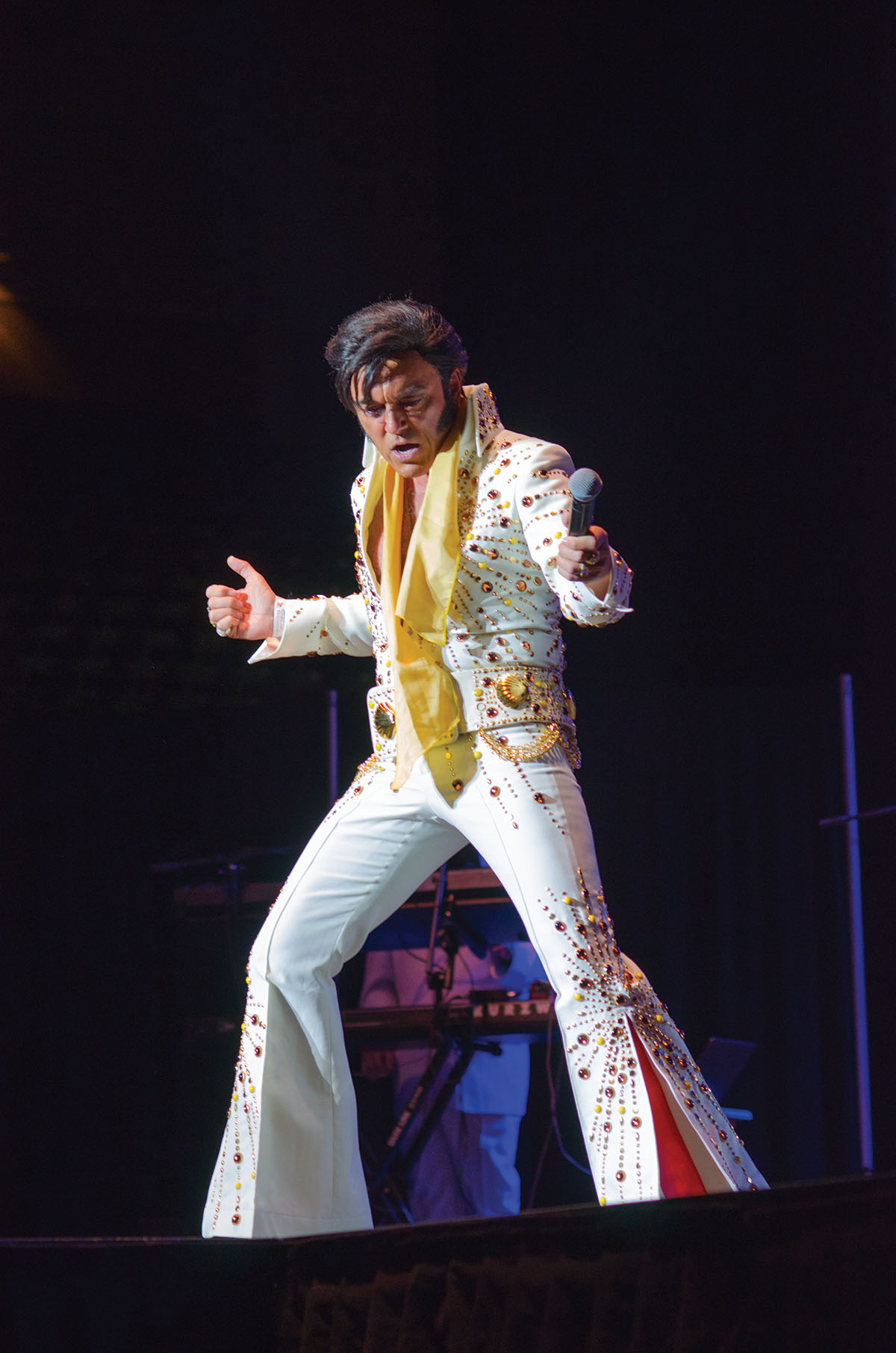 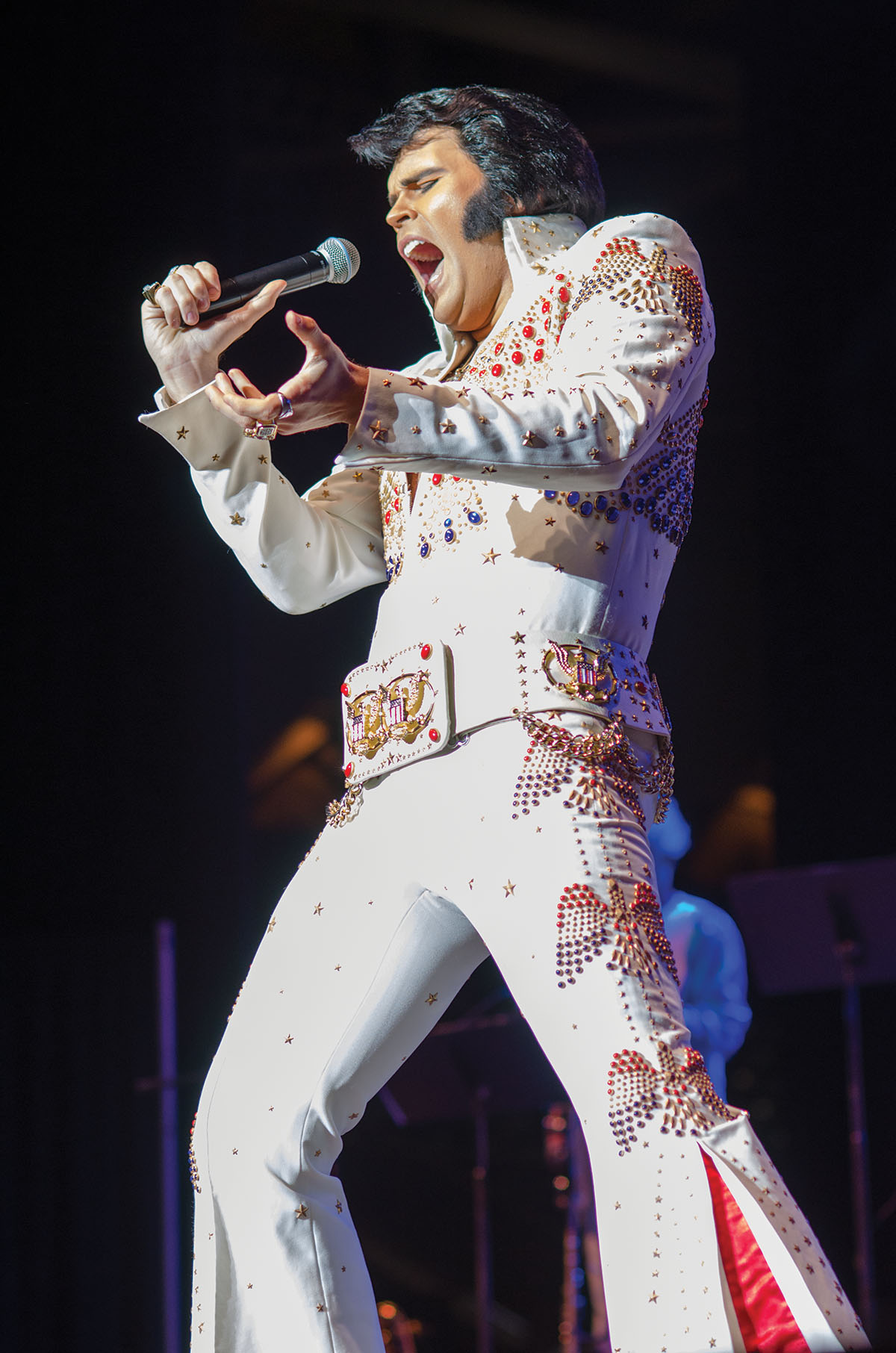 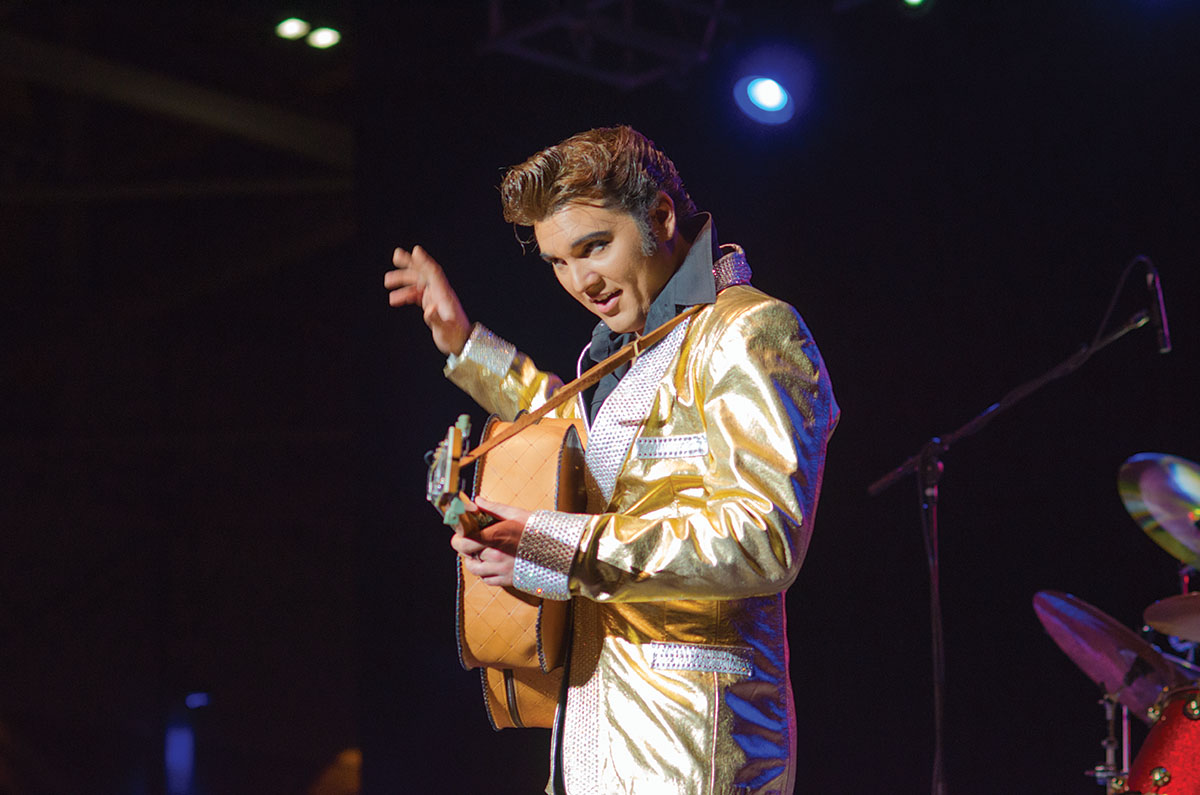 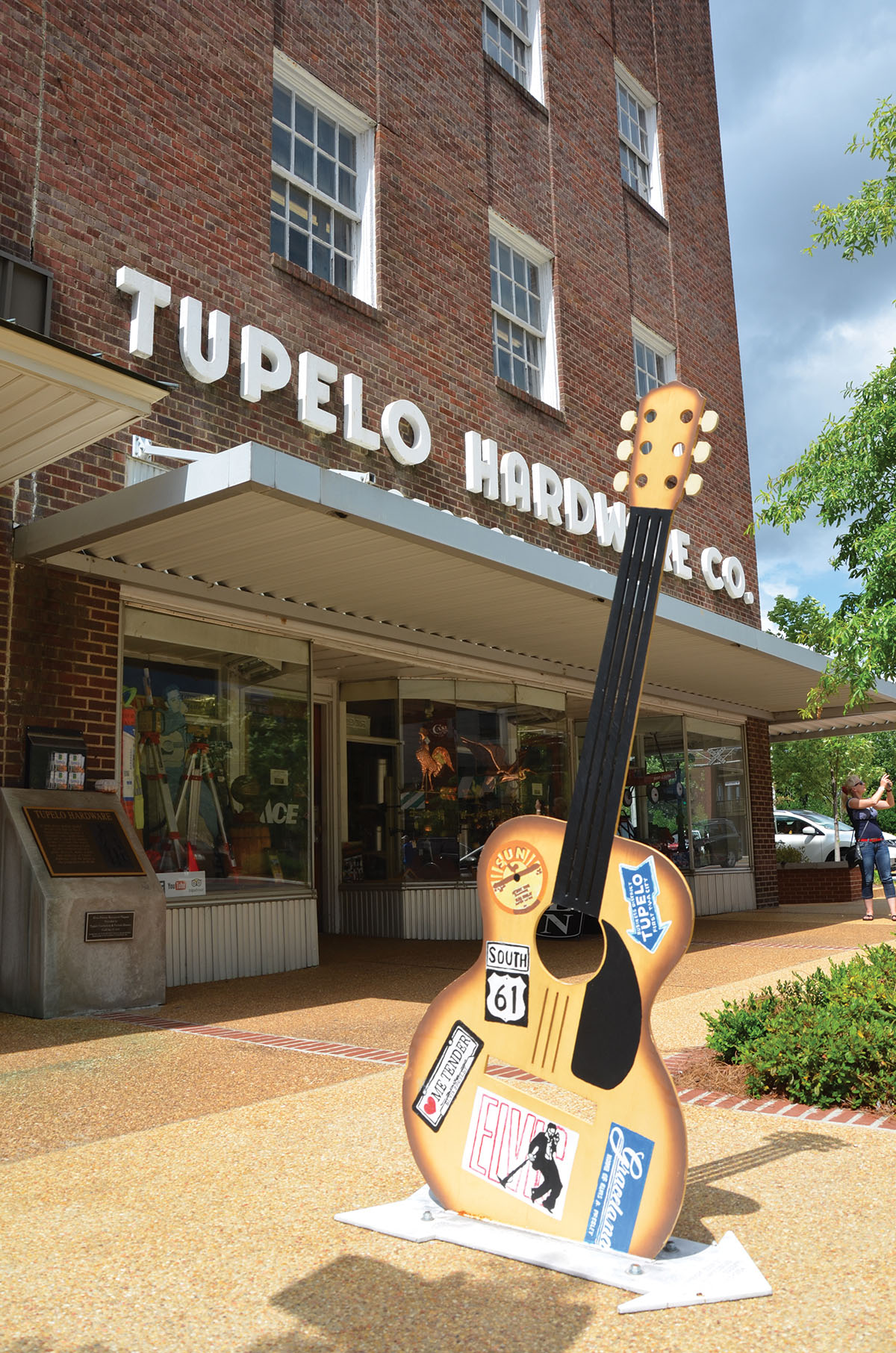 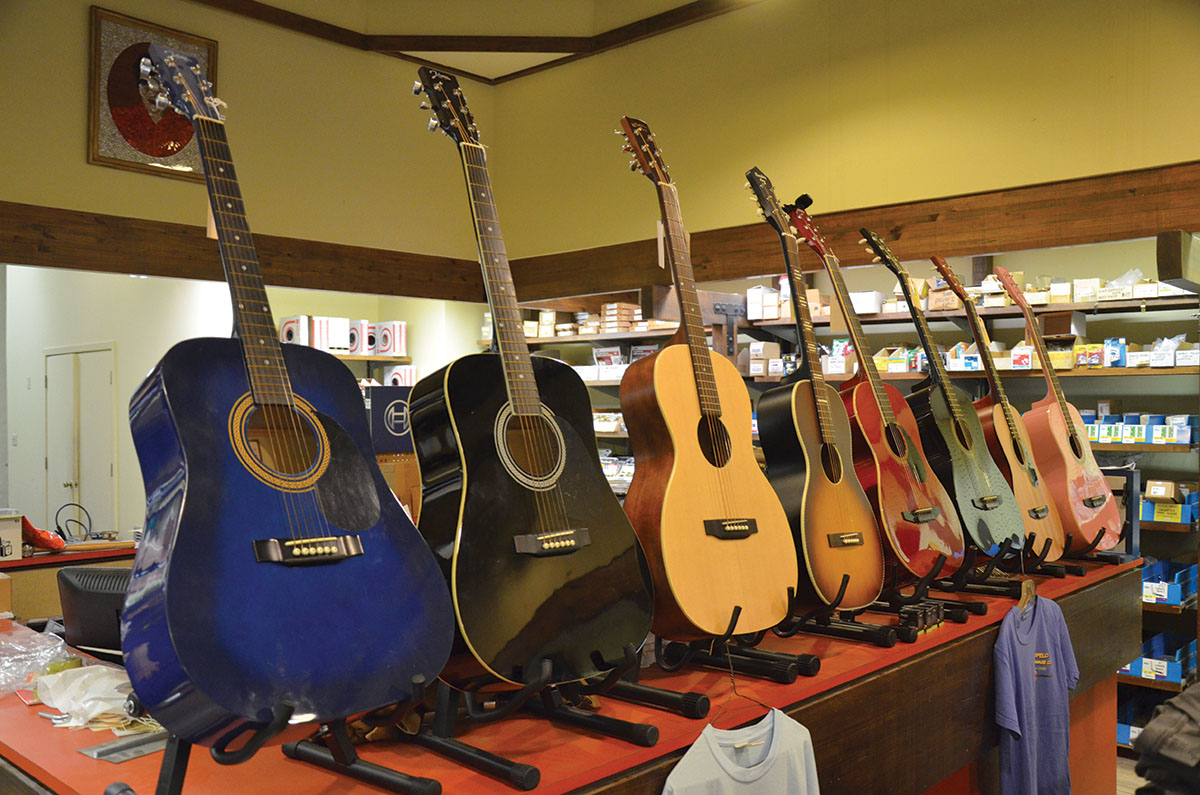 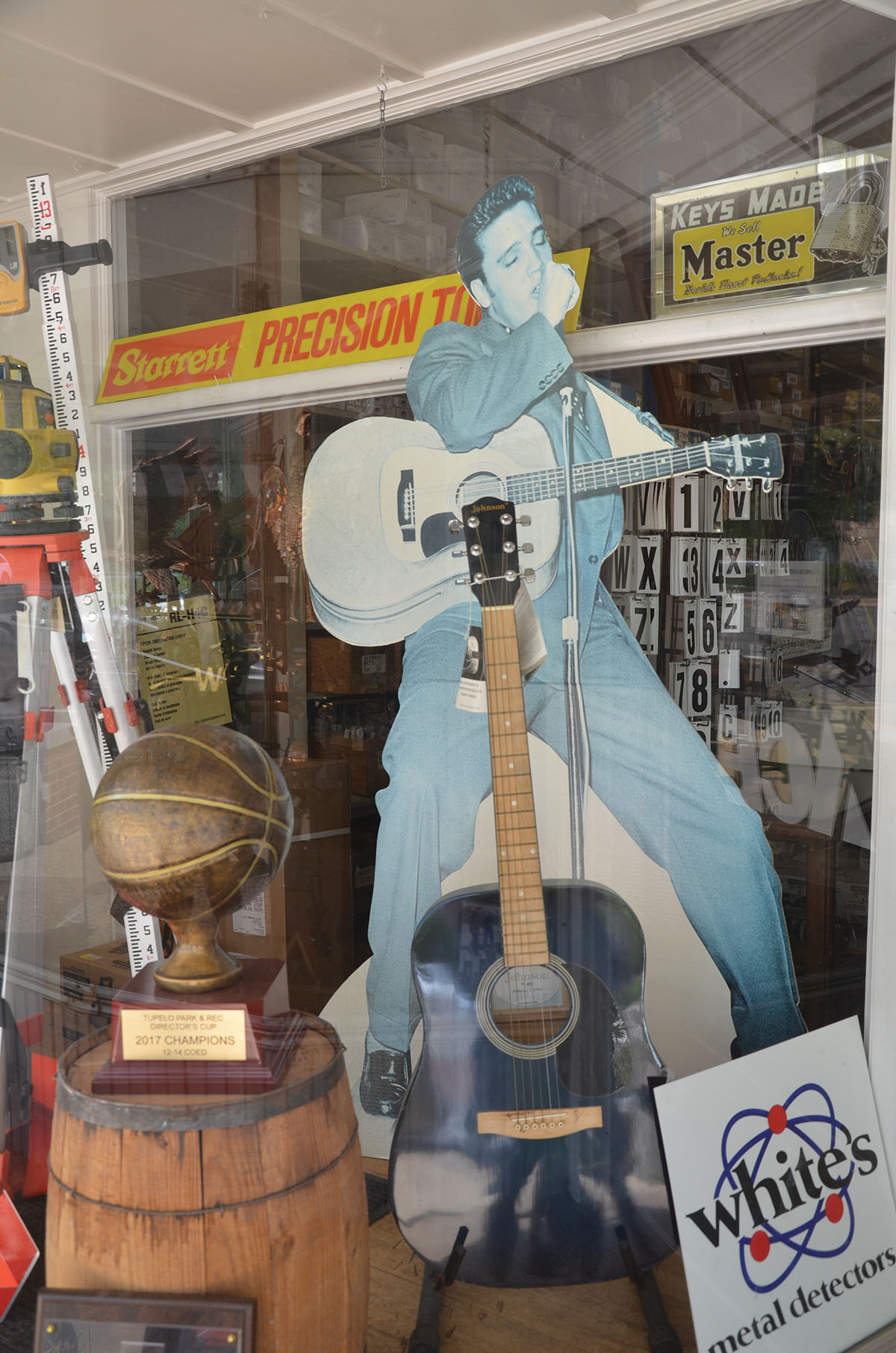 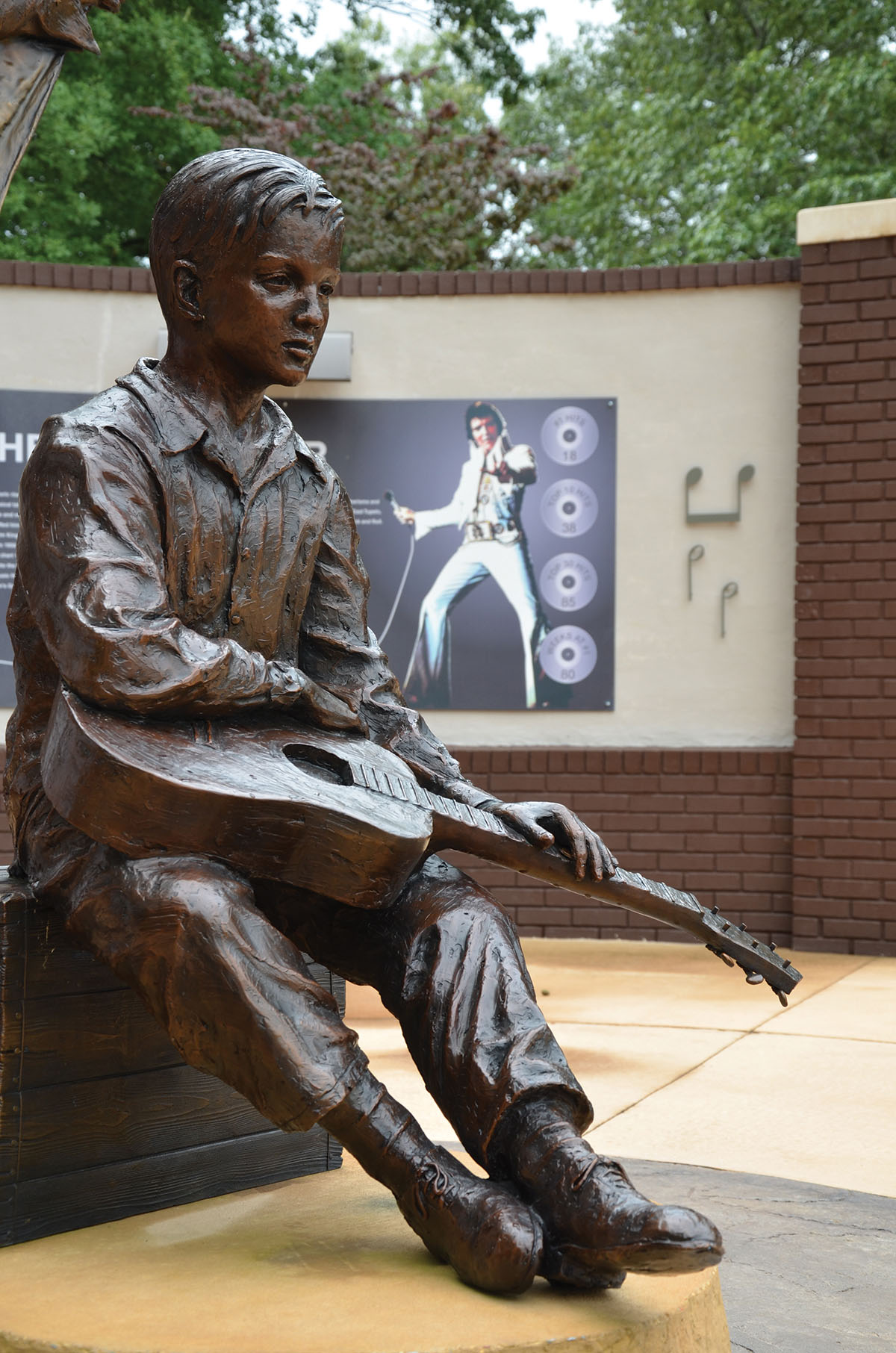 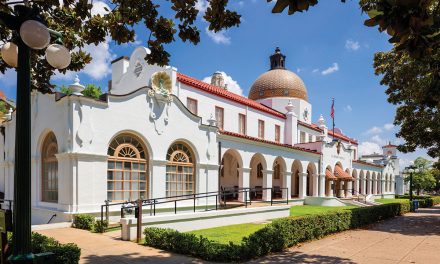 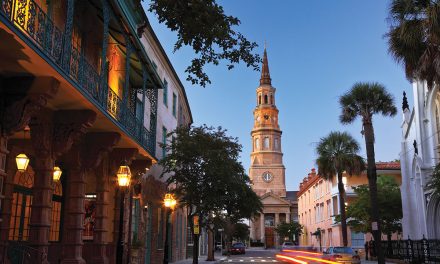