Last summer, Rachel Pope was browsing on Facebook when she saw an ad for a job training program. After relocating from Pennsylvania to the Mississippi Gulf Coast, Pope, a single mother with four children, desperately needed work. The ad, for a Moore Community House initiative called Women in Construction, mentioned that program participants could receive free childcare. The combination of training and childcare appealed to Pope, and she jumped at the chance to enroll.

“I was working at a daycare that I couldn’t afford to send my kids to,” she says. “I couldn’t afford groceries. I was drowning. When I saw they had free classes and childcare it seemed like a clear answer to me.”

Like many women in Mississippi, Pope worked for minimum wage. The state’s workforce is half female, but women account for two thirds of minimum wage workers. “I always worked jobs that were mostly women, like childcare, or I was also a medical assistant,” Pope says.

Women make up less than three percent of skilled trade workers, and that work pays up to three times as much as minimum wage. There’s a huge opportunity for employment in these fields right now as skilled tradesmen retire, and we are working with the industry to place more women in these jobs.

Moore Community House’s Women in Construction program aims to change those statistics, providing training that gives women the opportunity for high wage work that typically doesn’t require a college degree. “Women make up less than three percent of skilled trade workers, and that work pays up to three times as much as minimum wage,” says Julie Kuklinski, Program Director of the Women in Construction program. “There’s a huge opportunity for employment in these fields right now as skilled tradesmen retire, and we are working with the industry to place more women in these jobs.”

Up to 180 students complete the program each year, and 75 percent of those are now employed in a skilled trade position or in an advanced training program. Each group of students completes 320 hours of general training that gives them industry recognized credentials (including OSHA and MCCR certifications) and prepares them for more specified classes. “We offer training in carpentry, welding, and heavy equipment, for example,” Kuklinski says.

“It was initially founded to help the children of migrant workers in the seafood industry,” says Reverend Carol Burnett, Moore Community House Executive Director. “The conditions were pretty terrible in the factories in the 20s, and part of the impetus of the settlement house movement was helping those families.”

Moore Community House started the Women in Construction program shortly after Hurricane Katrina in 2007, when the coast desperately needed skilled trade workers. Julie Kuklinski, like thousands of other young people across the country, moved to the coast to help with the rebuilding effort around the same time.

“I came down after the storm to help build houses,” Kuklinski says. “I wanted other women to learn the skills that I had and to see more women finding work in the trades.”

The program started small – with around 30 participants the first year. Moore Community House worked with industry leaders to design a curriculum that best met gaps in the job market and continues to partner with companies to place graduates. “If a company has never hired women we ask that they hire two to five, or we make sure there’s an informal support system in place with mentors in the field,” Kuklinski says. “It’s important for women to see other women in these jobs and to know that they belong there.”

Rachel Pope completed her general training and is now in a carpentry apprenticeship program as well as a union member. “Women in Construction opened my eyes to a whole new world. I didn’t know I could get that type of work,” Pope says. “I’ve done scaffolding work on different construction projects and worked for Mississippi Power in Port GIbson. I was one of two or three women out of probably 2,000 people working on that project.”

Stereotypes linger around women’s ability to do skilled trade work, and Pope sometimes overheard comments about women that she found unacceptable. “It’s hard working with all men,” she says. “You have to have a thick skin, because otherwise you won’t last long when you hear some of the things they say about women.”

There are also logistical issues that arise at worksites designed with male workers in mind. “When I started the job in Port Gibson, I was still breastfeeding,” Pope says. “There wasn’t a place to pump in privacy, and sometimes I felt really uncomfortable. We were cleaning out cooling towers and moving 200 pound things and using chainsaws. It was dark, and hot, and hard, but you have to go in there and be confident and never play the woman card.”

Program alumnus and current instructor Ethel Williams agrees that confidence is key for women entering these new fields. “I was a line cook in restaurants, so I was used to working around a lot of men,” Williams says. “A lot of women are front of the house, they work the register or whatever, and they don’t feel as confident being the only woman working with men. I already had that confidence, but a big part of what I do now is making other women feel as though they have a sisterhood behind them saying, ‘you can do this.’”

Williams worked low wage jobs at restaurants like Burger King before hearing about the program through a Craigslist ad. After her general training, she completed additional coursework in welding. “On my first day on the job site I knew I had to look the part. I had my helmet and my boots and I walked with confidence,” Williams says. “One of the men asked me, ‘where did you weld before,’ and I just smiled and didn’t say anything. I hadn’t really [had a welding job before] but you have to own the space that you’re in.”

A lot of women come in with doubts. They have gaps in their employment history and sometimes a lack of education that impacts their confidence. When they leave, with so much strength and power, it’s an achievement for them, but it’s also a collective advancement. Every woman going into the industry furthers this larger goal of empowering women and in turn improving our communities.

Both Williams and Pope emphasize that without Women in Construction, they wouldn’t have known high wage work opportunities existed for them. “A lot of women come in with doubts,” Kuklinski says. “They have gaps in their employment history and sometimes a lack of education that impacts their confidence. When they leave, with so much strength and power, it’s an achievement for them, but it’s also a collective advancement. Every woman going into the industry furthers this larger goal of empowering women and in turn improving our communities.”

From the Seed Of An Idea To A Community 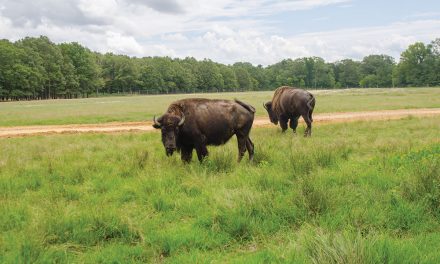